Summit was actually a win

Summit was actually a win 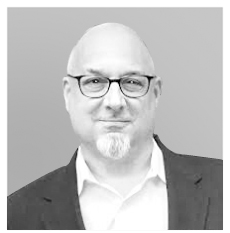 In the end, diplomacy can work — as a process, not an event. There is no Big Bang theory of nuclear diplomacy. If no further progress is made toward peace on the Korean Peninsula, all this — the back-and-forth, the Moon-Kim meetings, the Singapore summit itself — is at worst another good start that faded. It is more likely, however, a turning point.

It is easy to announce a morning-after defeat for Trump: to criticize the agreement as vague and lacking in specific commitments regarding denuclearization. But those critics ignore Kim’s moratorium on nuclear and ballistic missile testing, the return of American prisoners, the closing of a ballistic missile test site and the shutting down of a major nuclear test facility without opening a new one. It is easy to forget that a few months ago North Korea was still testing nuclear devices to spark fears of a dark war. Calling the Singapore summit a failure in light of more detailed agreements and different efforts from the past ignores the reality that all of those past agreements failed.

Success on the Korean Peninsula, as in the Cold War, will be measured by the continued sense that war is increasingly unlikely. Success in Singapore is the commitment to meet again, and again after that; the more modest 2015 Iran deal (which didn’t even involve actual nuclear weapons) took 20 months to negotiate. Cold War treaties required years of effort, crossing administrations in their breadth. To expect more than a commitment to the next steps (did anyone think Kim would box up his nukes post-summit and mail them off?) is ahistorical. Did none of those complaining ever go on a first date?

Singapore also signals it is time to abandon now-disproven tropes. Trump and Kim are not madmen and their at-times bellicose rhetoric is just that. Both men will need to balance conciliatory steps forward with rougher gestures directed at domestic hard-line audiences. So there will be tweets and setbacks. But the idea this is a North Korean ruse is worn thin. “Small countries confronting big countries seldom bluff,” one history of the Cuban Missile Crisis explained. “They can’t afford to.”

The pieces for progress are in place if they can be manipulated well, including a North Korea with a young, Western-educated, multi-lingual leader perhaps envisioning himself as his nation’s Deng Xiaoping, the man who will bring the future to his isolated nation while preserving its sovereignty. “We have…decided to leave the past behind,” Kim said as he and Trump signed their joint statement. There is momentum in Pyongyang, a restless and growing consumerist middle class living in a parallel semi-market economy fueled by dollars, Chinese currency and increasing access to foreign media. Couple that with an American president willing to break the established “rules” for (not) working with North Korea. A careful look shows the glass is more than half full.

Another important difference this time is the presence of South Korean President Moon Jae-in. He was a prime mover behind the notion of any summit at all, helping convince Washington that North Korea is a uniquely top-down system and needs to be dealt with as such. His April 27 meeting with Kim established the main negotiating points ahead of Singapore. After Trump’s May 24 initial cancellation of the Singapore meeting, Moon shuttled between Washington and Panmunjom to get the process moving again. In a climate of constant bleating about war, that was skilled diplomacy played out on a very big stage.

No nuclear negotiations in history have had such an interlocutor. Moon’s continuing juggling of his roles — honest broker, fellow Korean nationalist with shared cultural, linguistic, historical and emotional ties, American ally, informal adviser to both Kim and Trump — is key to the next steps. Moon himself is the vehicle in place to resolve problems that in the past were deal-breakers.

What didn’t happen in Singapore is also important. Trump did not give away “the store.” In fact, there is no store Trump could have given away. The United States agreed to suspend military exercises which have been strategically canceled in the past, and which can be restarted anytime. The real deterrent is off-peninsula anyway: B-2s flying from Missouri, and missile-armed subs forever hidden under the Pacific.

Trump did not empower Kim. Meeting with one’s enemies is not a concession. Diplomacy is not a magic legitimacy powder the United States can choose to sprinkle on a world leader. The summit acknowledges the like-it-or-not reality of seven decades of Kim family rule over a country armed with nuclear weapons.

Trump’s decision to begin the peace process with a summit is worthy. Imagining a summit as some sort of an award the United States can bestow on a country for “good behavior” is beyond arrogant. Successive administrations’ worth of that thinking yielded a North Korea armed with a hydrogen bomb, missiles that can reach the United States, and a permanent state of war. A top-down approach (China is the go-to historical example) is a valid way forward in that light.

The easiest thing to do now is generically dismiss the summit; the North will cheat and Trump will tweet. The harder thing will be to parse carefully what is next.

The United States must incentivize denuclearization. The 2015 Iran deal is one example, where sanctions were eased, trade cranked up, frozen assets released, all alongside Iranian steps to reduce testing, production and stocks of fissionable materials. Another reaches back to 1991, when Washington provided financial rewards for the inventory, destruction and ultimately the disposal of weapons of mass destruction in Belarus, Kazakhstan and Ukraine. New jobs for the out-of-work nuclear scientists, too, to keep them from selling their skills elsewhere.

But more than anything Trump must convince Kim to trust him, particularly in light of Iraq, Libya and especially Iran, because the core ask here is extraordinary. Only one nation in history that self-developed nuclear weapons, the white minority government in South Africa, ever fully gave them up, and that was only after the apartheid regime was about to disappear into history.

If Trump followed advice from the left he would have stayed home like past presidents. If he’d listened to the right he’d have bulled into the room and said, “Lose the nukes, number one and we’re done” and the process would have truly failed. North Korea developed nuclear weapons to guarantee its survival. If the United States and South Korea want the North to give up those weapons, something has to replace them as that assurance of survival. The summit created the platform. The key to what happens next is how Trump, Moon and Kim work to resolve that issue.