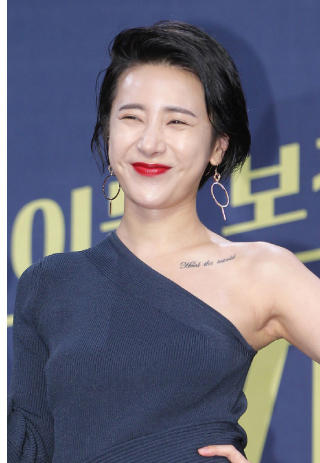 Singer Seo In-young has signed with a new label Soribada, according to the agency on Thursday.

“We are happy to sign with such a musically talented and charming singer like Seo,” said the agency. They added, “We will give Seo our full support in beginning a new chapter for her singing career.”

Seo debuted as part of the girl group Jewelry in 2002, and rose to fame when she appeared on MBC’s reality show “We Got Married” (2008), which pairs celebrities as married couples.

The singer dropped out of the group in 2009, and left her agency Star Empire in 2012 to start her own agency. However, in 2016, Seo returned to Star Empire and her contract expired last November.

In January 2017, Seo was caught up in a controversy after a video of her cursing at the production staff of the JTBC reality show “Late Marriage” went viral.

She took a break from show business until this April when she made a surprise appearance on the JTBC singing program, “To You Project - Searching for Sugar Man.”

She joined her fellow members of Jewelry on the show, and expressed a sincere apology for her past behavior during the program.