‘Oh Lucy!’ gives honest look at a search for self

‘Oh Lucy!’ gives honest look at a search for self 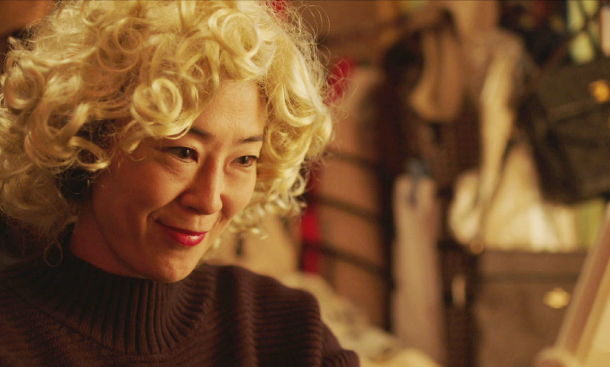 It’s easy to make assumptions about “Oh Lucy!” The bouncy music, taut one-liners and scenes of brightly smiling characters riding in cars and listening to Vanessa Carlton’s “A Thousand Miles” give the impression that it might be a feel-good road movie or quirky rom-com about a handsome English teacher and a middle-aged Japanese woman. Or perhaps it’s a film about self-discovery a la “Eat Pray Love” - except the setting is seedy LA and the protagonist is a lonely Tokyo office worker.

To try and neatly place the film inside a genre is an exercise in futility. Ultimately, “Oh Lucy!,” which screened last week at the Seoul International Women’s Film Festival and opens in Korea on June 28, belies the lightness it portends. The film is dark - there are at least three scenes where people do, or attempt to, commit suicide - and the zingers are as sharp as daggers. But director Atsuko Hirayanagi, who based her first feature off her graduate school thesis, has found that sweet spot between black comedy and sentimentality. When those tender moments come, they surprise in ways that have us rooting for the film’s titular character.

Setsuko Kawashima (Shinobu Terajima), a single middle-aged woman, lives the humdrum life of an office worker at a nondescript Tokyo company. She quietly despises her colleagues, and it’s clear they don’t care much for her, either. Respite comes when her niece, Mika Ogawa (Shiori Kutsuna), asks her to take some English classes that she had signed up for but can no longer afford. When Setsuko arrives, she finds the lessons are in the basement of a back-alley building, in neon-lit rooms more fit for karaoke than class. Her teacher, John Woodruff (Josh Hartnett), is an enigmatic caricature of the American expat in Asia. He gives her a blonde wig, bestows her with the name Lucy and tells her that American English is “all about confidence.” When John offers a hug, Setsuko is taken aback. But she returns it, with a forceful vigor that surprises even her.

With new hair and a new name, Setsuko embraces the bizarre yet benign encounter. Her alternative identity offers a flight of excitement and romance. Eager to see John again, she goes back for a second class only to find he has returned to California - with her niece Mika in tow. The revelation sets off a whirlwind trip to Los Angeles with her estranged sister and Mika’s mother, Ayako Kawashima (Kaho Minami). When they arrive, however, Mika is nowhere to be found, setting off a frantic search. John, now broke and unemployed, takes them in at his shoddy apartment, where he is behind on rent.

Terajima, who won an Independent Spirit Award for the role, skillfully delivers Setsuko in layers. She can be defiant in one scene - as she is when she brutally chews out a retiring colleague - and vulnerable the next, when she is smoking alone in her studio apartment surrounded by ashtrays and unfolded clothes. LA appears to offer Setsuko the youthful liberation of a “California Dreamin’” cliche. She flirts with John, the film’s manic pixie dream boy. She fights with her sister over past beaus. She gets a tattoo. There is joy in watching Setsuko become a reckless teenager, but her bad decisions result in consequences that contribute to the film’s heavy ending.