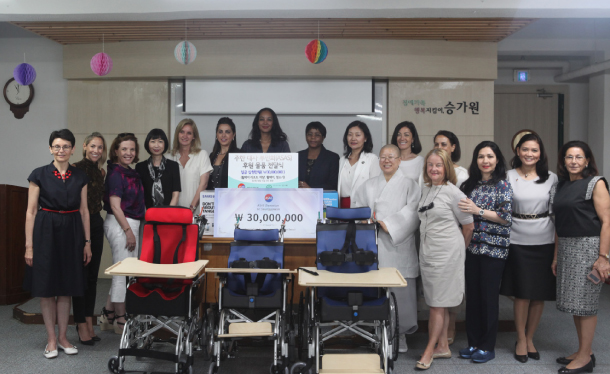 Members of the Ambassadors Spouses’ Association in Seoul, including its president, Konul Teymurova, wife of the Azerbaijani ambassador, sixth from left, donate the 30 million won ($27,742) raised at the group’s annual charity ball. They were joined by more than 30 embassies and supported by Seoul Dragon City, a luxury hotel group, and Seunggawon, a welfare center for people with impairments, in central Seoul on Monday. [AMBASSADORS SPOUSES’ ASSOCIATION IN SEOUL]