Where is Trump’s leverage?

Where is Trump’s leverage? 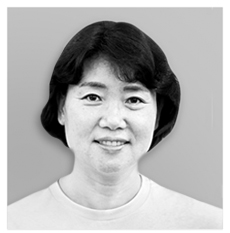 Kim Su-jeong
*The author is a political news reporter for the JoongAng Ilbo.

Even after the U.S.-North Korea summit in Singapore on June 12, U.S. President Donald Trump continues to send tweets and give interviews. He refuted criticisms that the summit was a victory for North Korean leader Kim Jong-un and Chinese President Xi Jinping by conceding the U.S.-Korea joint exercise without substantial progress for complete, verifiable and irreversible denuclearization, or what is known as CVID. He emphasized that a success to him would be when North Korea’s denuclearization is complete, but it is Kim Jong-un’s victory this round. The United States offered the suspension of Korea-U.S. joint military exercises.

The handshake between President Trump and Kim Jong-un was impressive. Before the meeting, the two leaders walked along the 12 flags, six U.S. flags and six North Korean flags, symbolizing June 12. People expected that the spectacular event would be a “big deal” and hoped the adage that history is always made by eccentrics who are not limited by conventional ideas would be true.

However, this declaration fell short of agreements in the past and Trump’s news conference turned that anticipation into disappointment and concern. He not only described the Korea-U.S. joint exercise as provocative but also said that he wanted to bring soldiers back home to save on costs.

On top of this, Trump praised the North Korean leader. “Anybody that takes over a situation like he did, at 26 years of age, and is able to run it, and run it tough, is talented,” Trump said. “He ran it, few people at that age — you could take one out of 10,000 could not do it.” The praise could be a negotiation tactic to please Kim. Since the nuclear weapons were the “treasured sword” giving legitimacy to the third-generation regime, Trump may have thought he had to offer a “super incentive,” such as the joint military exercises, to have Kim initiate internal changes.

At any rate, the meeting is over, and we have to watch the follow-up measures made by the United States and North Korea. But what was revealed in the process was Trump’s awareness of the Korea-U.S. alliance and the Northeast Asian security strategy that Korea’s security depends on.

A political leader steers two wheels in diplomacy: a small one for domestic, short-term and tactical political interests and a big one for external, long-term and strategic national interests. Until now, Trump has only steered the smaller wheel in the Korean Peninsula to get through the special counsel investigation over the Russian scandal and to win support for the midterm elections. Trump seemed more eager about the summit than Kim. To him, the Korea-U.S. alliance is a mere financial deal, and to him, there are no Korea-U.S. relations in the greater structure of the Northeast Asian strategy against China. Trump does not share the sentiment and value that former Officer David Straub of the U.S. Foreign Service describes as the consensus of treasuring Korea and the Korea-U.S. alliance for the sake of the sacrifice made by thousands of Americans.

What price is Trump willing to pay for his personal interests and advancement of his “America First” slogan?

Online political news media Axios reported on June 13 that the controversy over the suspension of the joint military exercise would continue and wrote, “Trump’s national security advisers have, on a number of occasions over the past year, tried to explain to Trump that he wouldn’t necessarily save money by withdrawing American troops from Korea.”

Tony Schwartz, who co-authored “Trump: The Art of the Deal” with Trump himself, said, “Many of the deals in ‘The Art of the Deal’ were massive failures, but Trump had me describe each of them as a huge success … His aim is never accuracy; it’s domination. The Trump I got to know had no deep ideological beliefs nor any passionate feeling about anything but his immediate self-interest.”