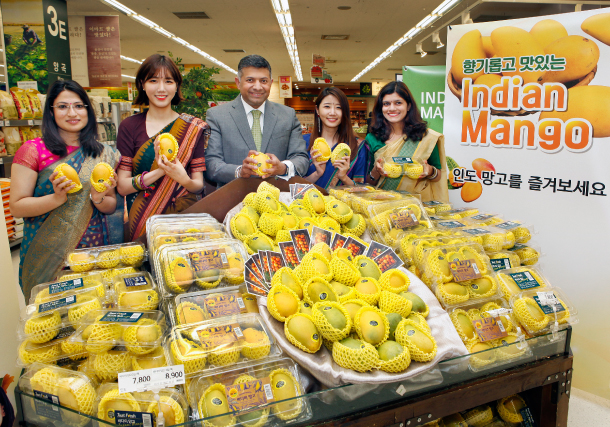 Indian Ambassador to Korea Vikram Doraiswami, center, and models pose with mangoes from India at Emart’s Seongsu branch in eastern Seoul on Friday to launch a promotion. At 15 Emart stores, including the Yongsan branch in central Seoul and the Jayang branch in eastern Seoul, customers can receive a free mango if they post a photo of Indian mangos on Instagram over the weekend. Korea began importing Indian mangoes last year. [PARK SANG-MOON]