SOHN HAE-YONG
*The author is a deputy industry news editor of the JoongAng Ilbo. 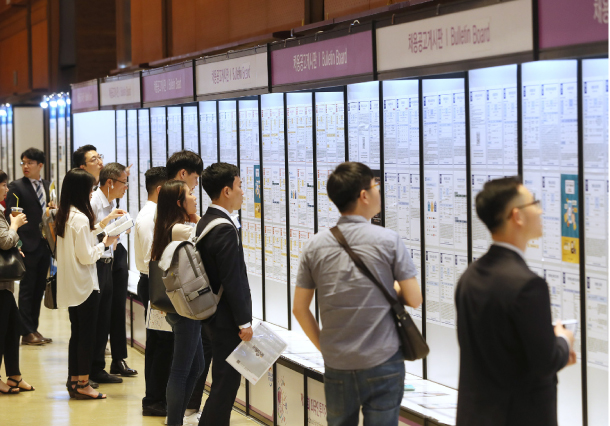 In the first quarter, 1.26 million people were unemployed, the largest number since 2000. So it may not come as a surprise that young

people are still struggling to find jobs. However, this data caught my eye among hundreds of emails because of the desperate nature of youth employment. The youth employment issue is more serious than I thought.

Here, various factors contributed to the situation. As young job seekers are increasingly well educated, the number of jobs that suit their preference is limited. Companies also prefer experienced workers who can immediately be ready in the field. As fresh job seekers with no experience are competing with old jobseekers, the youth employment market gets more rigid. When young people are not given chances, the Korean economy loses its vitality.

The latest youth employment shock is largely due to demographics. The so-called echo-boom generation born between 1991 and 1996, who are the children of the second baby boomers born between 1968 and 1974, entered the job market in 2014. From 2017 to 2021, the number of young people in their late 20s will be around 390,000. Naturally, the unemployment rate for young people rises as the supply of jobs remains the same.

The problem is that policies negatively affecting job creation for the young people are being introduced, instead of boost measures. Companies hire less because of the rising labor costs as a result of the minimum wage hike. The government’s push for converting non-salaried workers to the permanent payroll only benefits those hired already as employers are more unwilling to hire new workers for fear of increased wage cost. The 52-hour work week can trigger automation and relocation of factories overseas.

In the United States, the unemployment rate fell to a record low in 18 years and hourly wages also rose by 2.7 percent. President Donald Trump has been pushing for business vitalization policies by removing regulations and lowering corporate taxes. Thanks to a boost in investment, a good cycle of new jobs and increasing incomes has settled in.

There can be different views on the situation, but it is clear that companies are the ones who create jobs. In the Korean business environment, where government policies add a burden on companies, they cannot afford to pay attention to investment and employment.