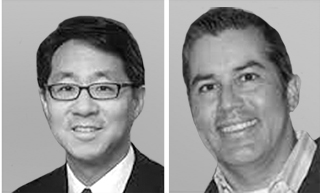 SINGAPORE — When North Korean leader Kim Jong-un went on a brief walkabout the night before the landmark Trump-Kim summit, he might understandably have been dazzled by the skyscrapers and world-class infrastructure he viewed from atop the iconic Marina Bay Sands towers. Whether the lights of Pyongyang could ever rival those of Singapore is highly doubtful, even should Kim one day indeed take concrete, verifiable and irreversible steps that might lead one day to the lifting of economic sanctions on his regime.

But let us imagine the unimaginable, and envision the development of sustainable, resilient and vibrant cities across the entire Korean Peninsula. Perhaps appropriately, in entering what some might say is the realm of make-believe, we look here to a Hollywood film that has taken the United States and Asia by storm.

Black Panther, Marvel’s blockbuster 2018 entry in its cinematic universe, has grossed over $1.3 billion since its release, including over $105 million in China, some $50 million in Southeast Asia and over $42 million in South Korea. Those box office numbers make Black Panther the highest-ever grossing film based on a single superhero.

But more than setting a new standard for comic-book inspired projects, the film, set in the Marvel Cinematic Universe, has caught the attention of urbanists in its presentation of city life. Indeed, Korean property developers and urban planners should take note of how urban life in the film is depicted.

A good part of the film takes place in Birnin Zana, the capital of Wakanda, a fictional African nation protected from outside influences by the Black Panther, whose real identity is T’Challa, the king of the technologically advanced but isolationist country.

What is striking about Wakandan city life is how different it is from what we have become accustomed to seeing in movies offering a view of modernity.

Architectural Digest’s Marc Malkin writes that rather than seeing the ubiquitous glass-and-steel towers and sterile street life that we have come to expect in the cities of tomorrow, we are shown a colorful cityscape that is infused with African textures, designs and colors, organized to emphasize human interaction.

All this contributes to the fictional capital’s unique, memorable vibe — one where skyscrapers rise from vibrant communities below.
Today, well-intentioned zoning rules separating commercial and residential districts may unintentionally reduce a city’s vibrancy. And, what is clear in a journey through the region’s megacities is that the scale and direction of urbanization has led too often to reduced livability and burgeoning inequality between those who can and those who cannot afford the best that a city has to offer.

This challenge is likely to only grow, as more people move from rural to urban areas and inequality increases across the region, whether in South Korea or elsewhere in East, South or Southeast Asia.

A recent United Nations Department of Economic and Social Affairs’ annual World Urbanization Prospects report projects that many of Southeast Asia’s cities will experience double-digit growth between 2015 and 2025.

This rampant urbanization has come often at the expense of the Asia’s architectural richness and cultural fabric. “Mallification,” punctuated by the existence of a generic mega mall that is transplanted from country to country, too often draws little or no design influence from a country’s legacy. This is all too sadly evident even in a region that is home to many Unesco world heritage sites. These sites often draw thousands of visitor each year for inspiration, but seem to have been relegated to the past.

This harsh division of past and present has not always existed in the region. We believe cities can remain authentically Korean even as they grow bigger and taller.

It is this authenticity that is among the critical ingredients in what goes into designing a healthy city, according to The Philips Center for Health and Well-being, a Netherlands-based think tank focused on improving the lives of people around the world thank.

In South Korea and around the region, urban planners and developers can do more to embrace a city’s heritage, culture and environment to create a unique sense of place and identity. This uniqueness, of seeing something we have never seen before and that exists nowhere else, is what we also react to when we see the vibrant streets of Wakanda on screen.

Spoiler alert! As the movie Black Panther draws to a close, Wakanda’s leader, T’Challa, informs the United Nations of his decision to reveal the true state of his country’s advancements and development. The scene concludes with a foreign official responding by asking what Wakanda has to offer the world.

Here is one clear answer. Wakanda shows that there need not be a default setting for what urbanization looks and feels like. This need not simply be Hollywood make-believe. Cities everywhere will continue to grow, but they can also do so by embracing their rich pasts while building a vibrant, unique and inclusive future. Our hope is that Asia, including all of Korea — certainly South Korea but perhaps one day a changed North Korea too — can show the way forward as our world continues the transition from rural to urban.