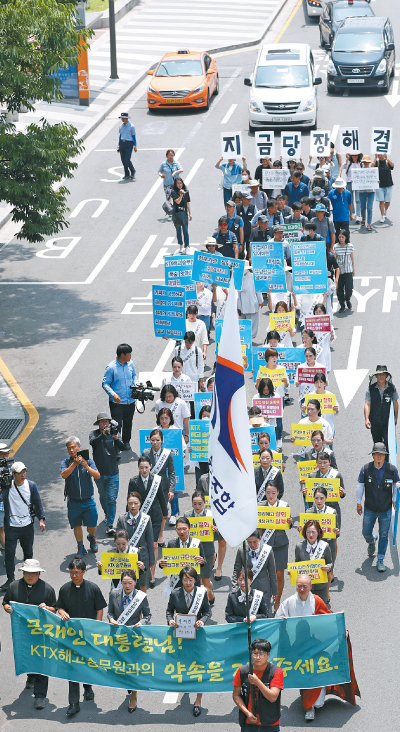 Former KTX train attendants march toward the Blue House to request a face-to-face meeting with President Moon Jae-in on Monday. They have been fighting for 12 years to be officially hired by Korail, Korea’s national rail operator, since they were fired in 2006 for striking over demands they be hired by Korail rather than a Korail affiliate. To this day, KTX attendants are hired by Korail’s affiliate. [YONHAP]