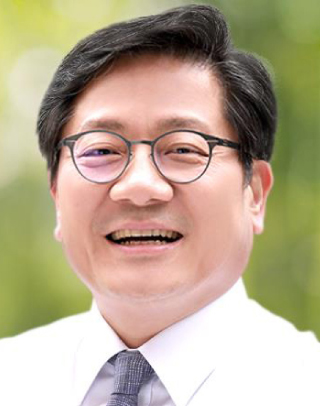 Kang Dae-hee, a professor of medicine at Seoul National University (SNU), was elected the university’s president. Kang, 55, will serve for four years starting July 20 once President Moon Jae-in appoints him after being recommended by the Ministry of Education.

During an open board meeting on Monday, the SNU board of trustees announced that Kang was elected its 27th president after individual interviews and two rounds of votes.

“There was no majority winner in the first board election with three candidates, so we held a second round of votes with finalists Prof. Kang and Prof. Lee Kun-woo, 62, a professor of mechanical aeronautical engineering. Prof. Kang received eight votes and Prof. Lee received seven, making Kang the president-elect,” an SNU source said.

The SNU committee that recommends candidates for the university’s president selected three candidates on May 10. In the recommendations, Kang came first, Lee Kun-woo came second and Lee Woo-il, another professor of mechanical aeronautical engineering, third.

Kang will become the first professor of medicine in 38 years to become president after Kwon E-hyock, the 15th president elected in 1980.

Kang graduated from SNU in 1987 with a B.A. in medicine before earning a Ph.D. from Johns Hopkins University in 1994. Since 1996, he has been a professor of preventive medicine at SNU Medical School and served as the dean of SNU’s Office of Research Affairs, director of public relations at SNU Hospital, dean of SNU Medical School, member of the National Science & Technology Commission and chairman of the Korea Association of Medical Colleges. He is currently a chairman for the Asia Cohort Consortium.

In a new format, students participated in the election. Among the university’s 33,000 undergraduate and graduate students, 8,029 registered to vote and 4,846 voted.

Shin Jae-yong, the SNU student body president, said, “It’s unfortunate that student votes take up just a small percentage of the final decision, but their participation in the election was meaningful.”