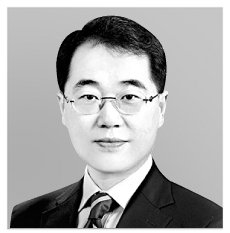 Kwon Hyuk
*The author is a professor of labor law at Pusan National University Law School.

A human resources worker complained that he has been working 80 hours a week to get his company ready for the new shorter workweek — a maximum of 52 hours from July 1. Businesses are clearly straining to implement it. Having been used to employees working 68 hours a week, losing 16 hours per employee is bound to cause a lot of confusion.

Many things may have to change. The sharp cutback in working hours may be triggering so much confusion because Korean employers and employees did not take work hours that seriously.

Until recently, stopping by the office on a weekend to finish up work was taken for granted. Many attribute Korea’s rags-to-riches transformation to the hardworking nature of its people and companies. Workers also liked the extra bucks earned from overtime. Regulators did not feel a need to supervise work hours in a society where overtime was a norm. The employers and employees, therefore, should not be entirely blamed for being thrown off kilter.

Shortened work hours do not simply reduce workloads. They will bring about a sea of change in labor market fundamentals. Thorough preparation should have taken place. The Ministry of Employment and Labor hastily drew up guidelines for workplaces to adapt to the new workweek just three weeks before the rule is to come into effect on July 1.

Unsurprisingly, the guidelines are hardly perfect. The government has left tricky areas up to unions and management to settle. The guidelines should be just the beginning of the government’s work.

First of all, the government must take a more detailed approach. Shortening the workweek is going in the right direction, but imposing universal standards go against today’s complicated and diverse industrial environment. As work styles differ by the nature of a business, the binary concept of work or rest does not fit today’s world of commerce. In German law, work time sheets differentiate among hours of stand-by, waiting and on-call duties.

Human resources should also be tailored to work sites. Some sites demand highly skilled workers who cannot be easily replaced. Each company should be given enough time to ready themselves.

At the same time, the government must sponsor training and retraining programs. There are some workplaces that cannot find replacement workers. Some small companies must keep people beyond the retirement age on permanent payroll as they cannot find new hires. To them, the idea of getting new employees is a fantasy. Overseas construction sites also cannot easily find replacements. The government must come up with radical measures to strengthen recruitment.

Second, the government must watch for illegalities and irregularities, but nevertheless condone mistakes from misunderstanding of the new law. The new workweek can apply to office workers in IT companies, but exceptions must be made for program developers who have more freedom in work hours.

Test trials of completed vessels pose a headache for shipbuilders because engineers must be on-call aboard a new ship when testing it at sea. Exemptions also should be considered for corporate executives and chauffeurs.

Third, the government must present a vision of what companies can expect with the new workweek. Few can predict the seismic changes in life and work styles in the fourth industrial revolution. Germany can be benchmarked. It envisioned what work will be in a white paper. People can be “working” with a laptop at the seaside and conduct work at their own schedule. Our government must draw a picture of what the future will look like for workers so that it does not stumble when it makes another set of changes to labor laws.

Employers and employees are the key players. The government must listen to them before making policies. The process could be more complicated, but a labor policy must reflect many voices. Regardless of good intentions, a policy is bound to cause unwanted side effects if it is enforced against people’s will. Many policies did more harm than good in the past due to the government’s failure to build consensus.