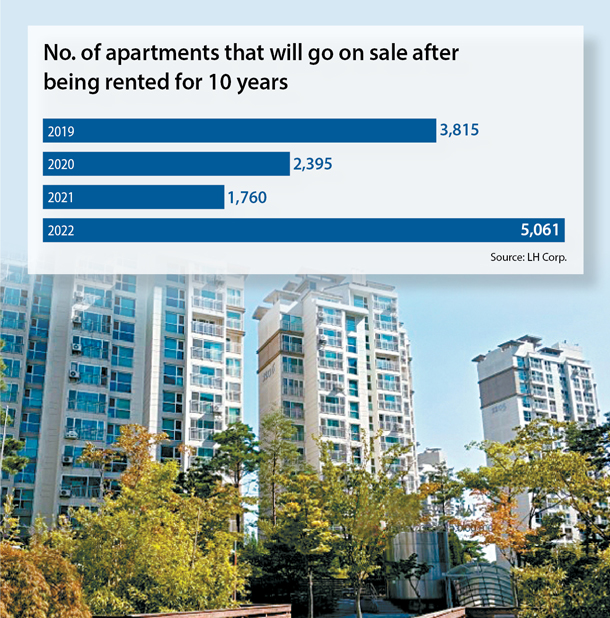 In high-tech Pangyo, Gyeonggi, rising real estate prices have even had an effect on residents of public-lease apartments, government-subsidized buildings aimed at helping lower-income Koreans afford their own home.

These complexes were built by private construction companies on government land, and the apartments are rented for below-market rates. The companies that built the complexes aren’t allowed to raise the rent by more than 5 percent every year. Once residents have rented an apartment for 10 years, they are given the option to purchase their apartment for a price lower than its government-assessed value.

The goal of this housing initiative was to supply affordable housing units to those without their own home.

As Pangyo has become a hub for high-tech companies such as Naver, real estate values have risen. Conflict is brewing between residents and the construction companies who want to sell the government-subsidized apartments for higher prices.

Some of the residents have started petitions on the Blue House website, while others have gone to the streets to demand apartment prices be lowered.

Including construction cost, the value of these apartments is set at around 85 percent to 90 percent of their market value.

“Residents who are economically vulnerable are facing eviction, as they can’t afford to buy their apartments,” said Suh Seok-nam, who heads an association of public-lease apartments. “They’re not people trying to profit from the increased [apartment] value.”

Several lawmakers are working on bills to reform the system, including one that would put a ceiling on public-lease apartment sales prices.

“It is a bill that would not only allow residents to predict the sales price of their apartment when they near 10 years in the apartment, but also resolve housing insecurity,” said Yun Jong-pil, a Liberty Korea Party lawmaker.

“We only have followed the rules, and it was the market that changed,” said Park Sung-hee, an official at the Korea Housing Builders Association.

The state-owned Korea Land and Housing Corporation, which provided the land to construct the apartments, argued that residents are trying to reap benefits from rising apartment values without taking on the risks.

The government said it is currently working on a solution.

“We are considering the possibility of a system where residents would participate in setting the sales price or extending the years that they could rent for,” said Jin Hyun-hwan, who is in charge of the Land Ministry’s housing welfare policy.

It’s rumored that some companies are pulling out of the projects.

“If private sector participation is low, it would have an effect on the government’s plan to supply 170,000 low-rent apartments every year,” said Kwon Dae-joong, a real estate professor at Myongji University. “[The government] needs to guarantee an appropriate amount of freedom and profitability to construction companies, which are major factors in the lease project.”