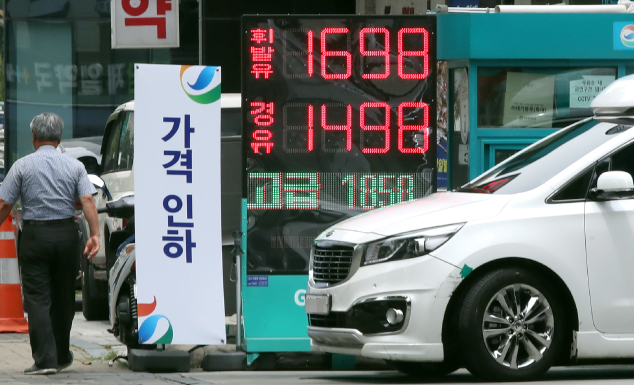 A gas station in Seoul sells gasoline for 1,698 won ($1.52) per liter and diesel for 1,498 won per liter on Tuesday. Korea’s import price index climbed 2.7 percent in May from last month to reach an 18-month high, according to a Bank of Korea report released yesterday, largely due to the recent hike in oil prices. Dubai crude oil, which was selling for $68.27 per barrel on average in April, climbed 9 percent to sell for $74.41 per barrel last month. [YONHAP]