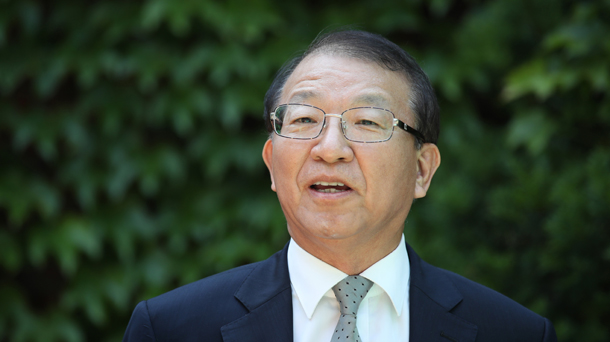 Prosecutors began an unprecedented criminal investigation of the judiciary on Tuesday, digging into allegations that a former Supreme Court chief justice abused his power and delivered rulings to curry favor with the previous administration.

A special investigative unit at the powerful Seoul Central District Prosecutors’ Office, which probed the corruption allegations of former President Park Geun-hye, will take up the case.

The ex-chief justice, Yang Sung-tae, served most of his term under Park from 2011 to 2017 and is accused of influencing decisions at the Supreme Court to curry Park’s favor, a direct violation of the Constitution’s separation of powers principle.

He allegedly used politically sensitive trials as bargaining chips and kept a blacklist of judges based on their political leanings.

The special investigative unit assigned to Yang’s case is an elite team of Korean prosecutors that frequently handles high-profile cases such as the corruption scandal that led to President Park’s impeachment last year. The assignment of such a team to the Yang case suggests the prosecution’s determination to aggressively pursue transgressions in the judicial branch.

An internal investigation by the Supreme Court has already uncovered 174 documents in the computers of the National Court Administration, the administrative office of the Supreme Court, that suggest Yang might have violated the separation of powers.

One document, titled “Ways to persuade the BH for the purpose of setting up an appellate court within the Supreme Court,” suggested that a ruling in favor of Won Sei-hoon, a former intelligence chief on trial for spying during an election, would be a “conciliatory gesture toward the BH,” referring to the Blue House.

On Friday, the current chief justice, Kim Myeong-su, said the Supreme Court would cooperate with prosecutors if there is an investigation but fell short of recommending one, torn between the opinions of judges for and against a probe.

“As someone in charge of this institution, I cannot haphazardly seek criminal investigations into the allegations,” Kim said in a statement. “But if a criminal investigation takes place following requests already made [by nongovernmental organizations], then we will provide the team with all the information we found through our internal investigation, including documents not yet revealed to the public.”

Despite Kim’s cooperative stance, there are concerns that a conflict of interest may arise in the judiciary since judges hold final say over the fate of their former chief if prosecutors decide to indict Yang.

Moreover, under current law, the judiciary has discretionary prerogative in investigations and can deny prosecutors’ requests for search and arrest warrants.

Legal analysts note that a number of Supreme Court justices - even those appointed after Kim replaced Yang - have denied that there was any collusion between the judiciary and Park administration, indicating that they may rule in Yang’s favor.