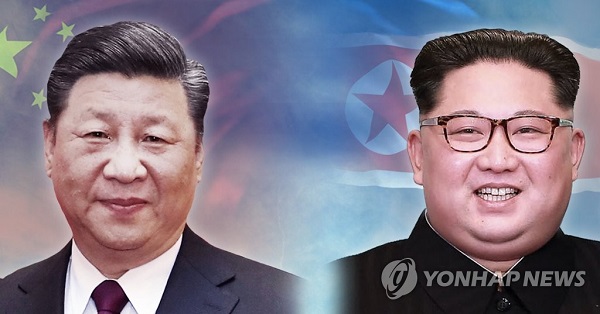 Xinhua News Agency said in a brief article that Kim planned to visit China for two days starting Tuesday but withheld further details of the leader’s schedule, including whom he will meet with and where he plans to land and stay.

North Korean state media, which typically reports on Kim’s travels after he has returned from them, has yet to make any mention of the trip.

Xinhua’s confirmation that Kim would soon arrive in China came hours after Nikkei Asian Review, a Japanese outlet, reported that Kim was about to land in Beijing, where security preparations were already underway, to brief Chinese President Xi Jinping on his recent summit with U.S. President Donald Trump in Singapore and discuss a “negotiating strategy” with him.

The last time Kim visited China was in early May, shortly after his first summit with South Korean President Moon Jae-in. The North Korean leader traveled by personal jet to China’s northeastern coastal city of Dalian, where Kim and Xi agreed to boost mutual cooperation amid a whirlwind of diplomacy on the Korean Peninsula.

Kim’s visits to China have been carefully timed in between major summits. His very first visit was in late March, one month before his meeting with Moon, and took place in Beijing.

Analysts widely believe Kim is trying to seek security assurances and political support from Xi at a time when his regime is engaging in high-stakes denuclearization talks with the United States. China, on the other hand, will likely try to shore up leverage in ongoing talks and exert influence on peninsular affairs.