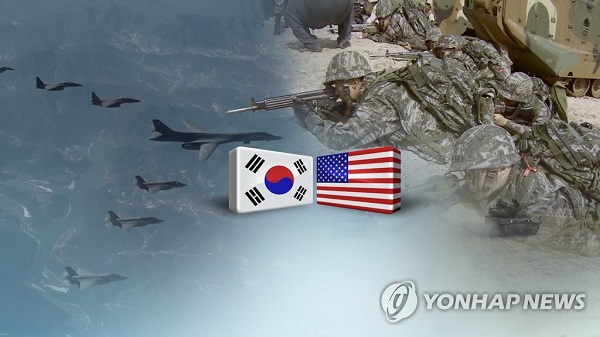 South Korea and the United States have agreed to suspend a major joint military exercise that was scheduled for August, Seoul’s Ministry of National Defense announced Tuesday, following up on U.S. President Donald Trump’s pledge last week that he’d call it off as long as denuclearization talks were ongoing between Washington and Pyongyang.

The Pentagon confirmed the suspension, saying the U.S. military has “suspended all planning” for the Ulchi Freedom Guardian, an annual computer-simulated exercise that’s usually held for two weeks in August. Last year, the exercise involved some 17,500 American forces, including 3,000 from outside South Korea, and 50,000 South Korean troops. The exercise is intended to enhance the allies’ readiness to protect the Korean Peninsula from North Korean aggression.

“No decisions on subsequent war games have been made,” said Dana W. White, the Pentagon’s chief spokesperson, referring to the joint military drills between South Korea and the U.S. “We are still coordinating additional actions.”

White continued that the decision had “no impact on Pacific exercises” outside the Korean Peninsula, and that a meeting on the issue was planned to be held at the Pentagon later this week with Defense Secretary Jim Mattis, Secretary of State Mike Pompeo and National Security Advisor John Bolton.

According to a South Korean government official who spoke on the condition of anonymity Sunday, talks on the issue of joint drills have been ongoing between the two countries’ militaries since South Korean National Defense Minister Song Young-moo held a telephone conversation with his American counterpart, Mattis, last Friday.

Over the weekend, both militaries tentatively agreed to halt major joint military exercises as long as the U.S. sees progress in denuclearization talks with the North, the source said. If the North fails to show serious commitment to denuclearize, the drills will automatically be back on.

The idea was initially floated by Trump on June 12 in Singapore following his first summit with North Korean leader Kim Jong-un.

Trump said at a news conference after the meeting that he would call off “war games” between his country and South Korea because they were costly, provocative and “inappropriate” at a time when the U.S. and North Korea were negotiating a comprehensive deal, which apparently caught the Pentagon and Seoul off guard.