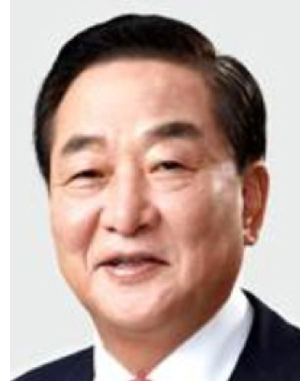 Reeling from a humiliating defeat in last week’s local elections, Korea’s main opposition party is engulfed in internecine turmoil as a number of its lawmakers - including the longest serving representative in the legislature - are quitting the party or promising not to run again under pressure from their junior counterparts.

Eight-term lawmaker Suh Chung-won, the National Assembly’s longest serving member and a prominent leader of a faction with close ties to disgraced former President Park Geun-hye, made a symbolic exit from the Liberty Korea Party (LKP) on Wednesday, calling it his “last duty” in an open letter on Facebook.

The LKP is no stranger to factional strife, but infighting between cliques has reached a boiling point after the party suffered its most devastating electoral defeat last week.

In an attempt to reverse the party’s fortunes, Kim Sung-tae, its interim chief, declared Monday that he would disband the party’s headquarters and redirect its powers to an emergency committee headed by a figure outside the party capable of carrying out reforms.

This move was met with backlash from some junior lawmakers who complained that Kim was making highly consequential decisions without properly consulting party members and that he and other tenured lawmakers were evading responsibility for last week’s defeat.

To allay suspicions that he is trying to dominate the party in its moment of weakness, Kim announced he would not seek the party’s leadership in the next convention, which is yet to be scheduled due to a lack of internal agreement.

A blame game ensued as younger first-term lawmakers demanded that tenured party members take the fall for the defeat amid fears that conservative politics in Korea face an existential threat. Suh’s departure was a response to those calls.

“Old soldiers never die, they just fade away,” wrote Suh, quoting a speech by Gen. Douglas MacArthur, who commanded U.S. troops during the Korean War. “Now that I can offer no help to the party, I will silently step aside.”

Suh maintains his seat in the legislature after quitting the party.

Suh, known informally as the big brother to the faction loyal to the impeached and removed Park, claimed the party was on the verge of collapse, and that all politicians in the conservative camp including himself were responsible for “incurring the wrath of the people by failing to properly stand for conservative values.”

Park is in jail for abuse of power and corruption convictions, which are being appealed. Her predecessor Lee is in jail awaiting trial for corruption.

The LKP is largely divided between pro-Park and non-Park camps, the latter of which includes members aligned with former president Lee. The pro-Park faction still holds sway over the LKP.