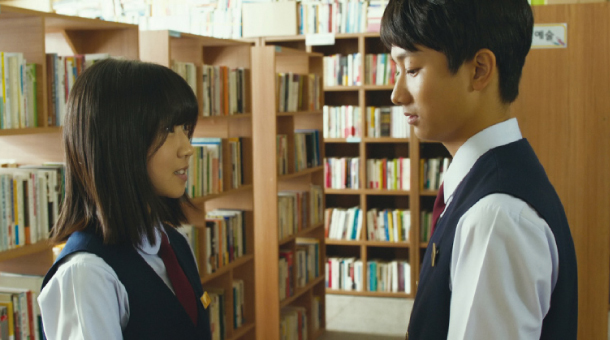 Based on the 2015 web comic of the same name, this film directed by Lee Kyung-sub portrays the journey of a student trying to overcome her loneliness.

Life is pretty dull and lonely for middle schooler Mi-rae (Kim Hwan-hee) because she doesn’t have any real-life friends. In her spare time, she plays games, and her favorite place is Wondering World. There, she’s not burdened by the presence of her scary, monster-like father. Moreover, she doesn’t feel lonely like she does in school.

To overcome her shyness, Mi-rae makes up her mind to befriend Tae-yang (Yoo Jae-sang) and Baek-hab (Jung Da-bin), but it is no easy task for her. Rather, Mi-rae becomes even less confident in herself, as she gets hurt while trying to warm up to them.

But to make matters even worse, her oasis, Wondering World has shut down. Mi-rae is left alone once again, and turns to her online friend, Jae-hui (Suho), for comfort.

Divorce is never easy, and it becomes more complicated when child custody comes into play. Revolving around the bitter battle between Antoine (Denis Menochet), who makes a living as a security guard at a hospital, and Miriam (Lea Drucker), this movie tells the story of how their young children, 11-year-old Julien (Thomas Gioria) and 19-year-old Josephine (Mathilde Auneveux), inevitably become victims once their parents’ marriage breaks apart.

Despite the fact that his coworkers and superiors think highly of Besson, his family does not see him in this light. Rather, he is the antithesis of a kind and caring man, and he occasionally abuses his wife. Although he would not physically hit her in front of their children, Julien notices that his mother is very much afraid of his father.

Xavier Legrand’s feature debut shows a broken marriage leading to a tiring custody battle and negatively impacting the young son. The film won the Luigi De Laurentiis Award, which honors the best debut film, and the Silver Lion for Best Direction at the 2017 Venice Film Festival. 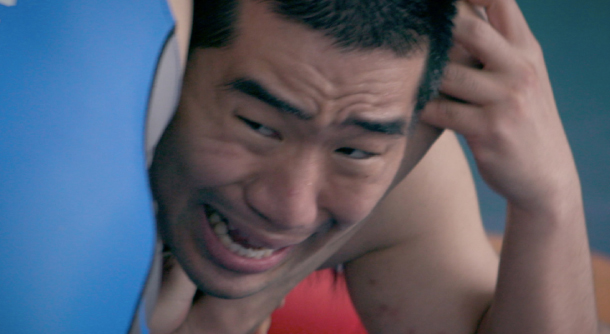 Set in the small town of Tae-pung, located in Hampyeong, South Jeolla, this comedy centers on the efforts of three high school students, who are part of the Tae-pung High School wrestling team, to put themselves back into shape and gain recognition.

Due to their unpopularity and lack of funds, the team is on the verge of disbanding and has lost all of its wrestlers, except for the clumsy 18-year-old Chung-gil (Kim Chung-gil). The team’s coach Sang-gyu (Ko Sung-wan) works as a full-time bus driver and can’t spend much time coaching the team. And to make matters worse, their practice gym will soon be demolished.

However, things take a turn when the coach is able to convince his long-time friend to delay the gym from being demolished by two weeks. Meanwhile, Chung-gil has successfully recruited his friends Jin-gwon (Baek Seung-hwan) and Hyeok-jun (Shin Min-jea) to join the team.

Due to Sang-gyu’s efforts to persuade the school principal to let the remaining members of the team participate in an upcoming meet, the team eventually is given permission to compete and begins their training.

Directed by Wes Anderson, this animated film opens by introducing a legend of a war between the three main clans of Japan. While two of the clans worshiped dogs, the latter, Kobayashi clan, worshipped cats. Sadly, to the dismay of the Kobayashi clan, their leader was brutally slaughtered by their opponents, and the incident is still remembered by the Kobayashi clan to this very day.

Twenty years later, there is an outbreak of dog flu in the city of Megasaki, Japan. To get rid of the dogs once and for all, Mayor Kobayashi (Kunichi Nomura) issues a decree to relocate and exile all the dogs to Trash Island, a quarantined piece of land.

There is no exception to this law; even the Mayor’s orphaned nephew, Atari, has to send his dog to Trash Island. Dismayed to be separated from his bodyguard dog Spots, the 12-year-old sets off on a journey by himself to rescue his precious pet. There, he meets and befriends five special dogs and starts a spectacular adventure on the island. 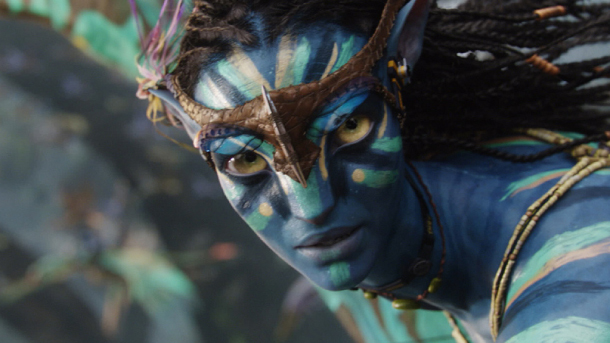 The smash-hit science fiction film directed by James Cameron which first hit theaters in December 2009 is being re-released just in time for summer. Set in 2145, the epic battle between humans and the Na’vi, the native population on the far-off planet of Pandora, still stands as a dazzling visual spectacle.

The film opens with ex-marine Jake Sully (Sam Worthington), who is paralyzed from the waist down, being recruited by a corporation on Earth. To treat his injury, Sully agrees to join the Avatar program and works with botanist Dr. Grace Augustine (Sigourney Weaver). This program involves the creation of an “avatar,” which is a manifestation of a released soul in bodily form that is genetically engineered by mixing the DNA of humans and the Na’vi.

Soon after the creation of Sully’s avatar body, he is able to walk again. He then goes on a mission as an undercover spy in the Na’vi community.

The purpose of this mission is to obtain a precious mineral that is vital to solve the energy crisis on Earth.

However, things fall apart when Sully falls in love with a Na’vi named Neytiri (Zoe Saldana) and aspires to become part of their community.

This film won the Best Cinematography at the 2010 Oscars and the Golden Globe Awards for Best Motion Picture - Drama and Best Director at the 2010 Golden Globes, among many others. 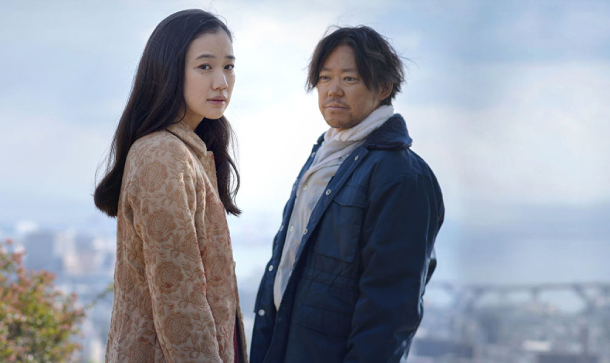 Based on Mahokaru Numata’s 2006 best-selling novel of the same name, this murder mystery revolves on the theme of dysfunctional love between 33-year-old Towako Kitahara (Yu Aoi), a self-centered woman, and her 48-year-old boyfriend Jinji Sano (Sadao Abe), a construction worker.

Currently, Kitahara lives with her boyfriend Sano, whom she fully depends on for financial support.

Even though it is clear that Kitahara merely tolerates Sano’s presence, he doesn’t mind at all. Rather, he continues to financially support her and is submissive to her, even when she is being verbally abusive to him.

Meanwhile, Kitahara is cheating on Sano with Makoto Mizushima (Tori Matsuzaka), a married man. She also reminisces about a previous lover Shunichi Kurosaki (Yutaka Takenouchi) from eight years ago, despite the scars that he left behind.

But after learning that Kurosaki has gone missing, Kitahara realizes that something is off. Her suspicion is proven to be correct, as weird things are happening around Mizushima as well.