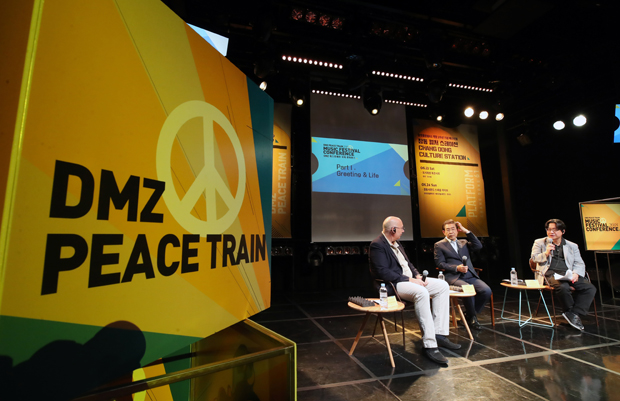 “Protecting the old Death Strip with the Green Belt of Peace,” advocated German environmental group BUND in 1989, five days after the Iron Curtain fell. Environmental activists from East and West Germany gathered and pledged to conserve the ecological habitats along the border.

Here, the vast area was named “Grünes Band,” or green belt. The reunification was accomplished suddenly, but they had been preparing for 14 years.

Thanks to the efforts of the German government and BUND, a 1,250-kilometer (777-mile) section of the 1,393-kilometer-long Iron Curtain was preserved as the Grünes Band. It is an ecological treasure with one national park, three UNESCO biosphere reserves and 170 natural preserves.

At the same time, it is a historical site with many symbols of painful division. The history of division is left in nature. It is the future that Korea’s DMZ should be aiming for.

The demilitarized zone, a 248-kilometer belt across the Korean Peninsula, is garnering attention from around the world. The inter-Korean and North Korea-U.S. summit have increased warm feelings between the two Koreas. Foreign visitors to the DMZ have noticeably increased.

Industries say that reservations have increased by 25 percent right after the inter-Korean summit. CNN even introduced history and tour tips for DMZ visits. So much has changed since 1993, when U.S. President Bill Clinton called the DMZ “the scariest place on Earth.”

This weekend, foreign musicians and artists are holding events for peace around the DMZ. The first DMZ Peace Train Music Festival with 34 teams from seven countries will be held at the Workers’ Party Building in Cheorwon County and Woljeong-ri Station this weekend. “Peace is the Trend. Let’s Sing Peace!” is the slogan of the festival.

The DMZ Museum in Gangwon will host a “Liminal Space” exhibition by the international artist group Artnauts. Foreign artists will present various artworks interpreting the meaning of the DMZ.

It’s been 65 years since the demilitarized zone was established. We welcome the growing number of foreign tourists and a series of events focusing on peace. What’s important is that it is about time we systematically seek the preservation and utilization of the DMZ.

The DMZ is an ironic land that has preserved endangered plants and animals at a price of symbolizing a painful war. Just like Germany’s Grünes Band, we need to prepare a blueprint for reconciliation and life.

Hopefully, it won’t take too long.