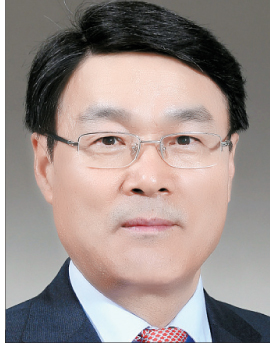 Posco, Korea’s largest steelmaker, selected Choi Jeong-woo, chief executive of Posco Chemtech, as its final nominee for chief executive in a board of directors meeting on Saturday.

If Choi earns approval at an upcoming shareholders meeting on July 27, he will become the first non-engineer to lead the steelmaker. Previous CEOs have all had a background in metal engineering.

Choi will also be the first Posco CEO in 20 years who did not graduate from Korea’s prestigious Seoul National University.

Industry sources speculate that the major reason behind Choi’s nomination could be his outsider status. Previous CEOs fell into dominant networks like graduates of the metal engineering department at Seoul National University. Since the steelmaker has been criticized in the past for selecting candidates based on ties to former CEOs or political pressure, it likely saw a safe choice in Choi.

Choi graduated from Pusan National University and majored in economics. After joining Posco in 1983, he built his career in key financial management positions. He also has weaker ties to the current CEO, Kwon Oh-joon, compared to Oh or Chang.

In a statement on Sunday, Posco’s CEO succession council said Choi’s broad experience in management and career at non-steel affiliates would help Posco turn into a global company that can handle “steel and beyond.”

“With the global oversupply in steel and stricter trade barriers, we need to take meaningful steps in our non-steel businesses as well,” a Posco spokesperson said.

Posco has been seeking a new chief executive after Kwon announced his intention to resign on April 18 despite two years remaining in his term. The speculation is that Kwon made the decision due to political pressure from the Moon Jae-in administration.