Google zooms in on Korean culture : The virtual exhibition has 30,000 artifacts and artworks inside

Google zooms in on Korean culture : The virtual exhibition has 30,000 artifacts and artworks inside 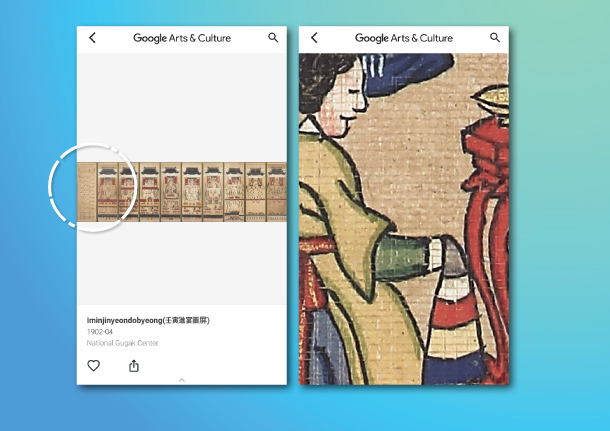 At left shows the full image of the 10-panel folding screen “Iminjinyeondobyeong” (1902), depicting a court banquet. At right is a high resolution, fully zoomed-in image of one of the court ladies on the folding screen.

Local media gathered at the National Palace Museum in central Seoul on Thursday for the opening of a permanent exhibition at the museum. Usually, this kind of event would entail a special guided tour around the exhibition hall for reporters, but for this exhibition titled “Korean Heritage,” the attendees were brought through the exhibition virtually. That’s because Google Arts & Culture’s newest page is dedicated to showing the beauty and the richness of the Korean heritage. 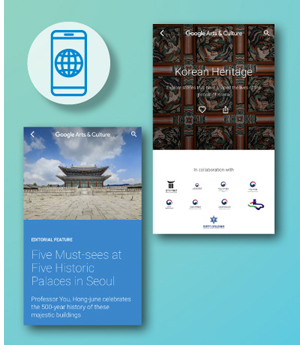 Above is the main page of the new Korean Heritage page. At left is one of the featured articles, offering “Five Must-sees at Five Historic Palaces in Seoul.”

“Google Arts & Culture has a mission to make the world’s cultural heritage available to anyone anywhere around the world and essentially democratize our culture,” said John Lee, CEO of Google Korea. “Korea boasts an incredibly rich history and unique content, and this is the first time that we are going to be really comprehensively showcasing Korea’s art, culture and history.”

The new Korean Heritage site (g.co/koreanheritage) can be accessed on a computer or a smartphone in both Korean and English. There are about 30,000 artifacts and artworks and 18 historical sites such as Jongmyo Shrine, royal palaces and royal tombs, that can be accessed through the page. Google Arts & Culture has been introducing Korean art and culture through its website since 2012. 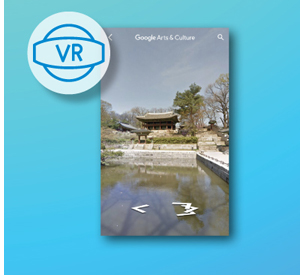 Users can enjoy a VR experience on the new site.

Rather than simply uploading high resolution pictures and information you could find in an encyclopedia, Google worked closely with curators and professors in the field to tell stories about the items in the collection. 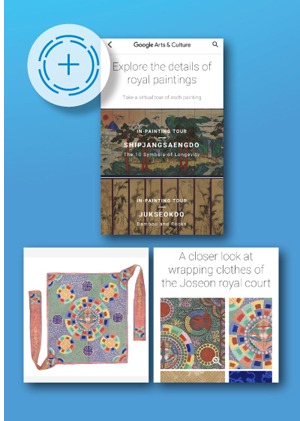 Amit Sood, director of Google Arts & Culture said his team focused on creating content that appeals to even those who don’t know much about history, art and culture.

“Some of the facts we introduce are those that sometimes get lost in the academic world,” said Sood, explaining that it’s an effort to “make people more interested and connected.”

“In my view, culture is everything,” Sood continued. “It’s how we live, how we eat and how we work. But unfortunately what has happened in the last many years is that culture and popular culture have started going separate ways. For us, this is the real opportunity to use technology and the internet to bridge these two together again, by telling stories, by allowing young users to have fun with culture or allowing older people to see up close the brush strokes of artworks, for example.”

Using Google’s special Art Camera, many of the paintings and relics have been photographed again so that users can enjoy them in ultra high resolution, such as details on sophisticated embroidery works or even the facial expressions of the hundreds of people on a folding screen painting of the royal banquet known as “Iminjinyeondobyeong” (1902).

By using Google Cardboard, the company’s virtual reality headset, users can also have a VR experience of taking part in King Jeongjo’s royal procession or simply taking a stroll around royal palaces.

“For foreigners like me, it’s difficult to learn about another country’s cultural heritage,” said Sood.

“Learning about all different dynasties and different rulers and their contributions, it was really an eye opener for me to learn about it through this project. It led to a deeper appreciation.”