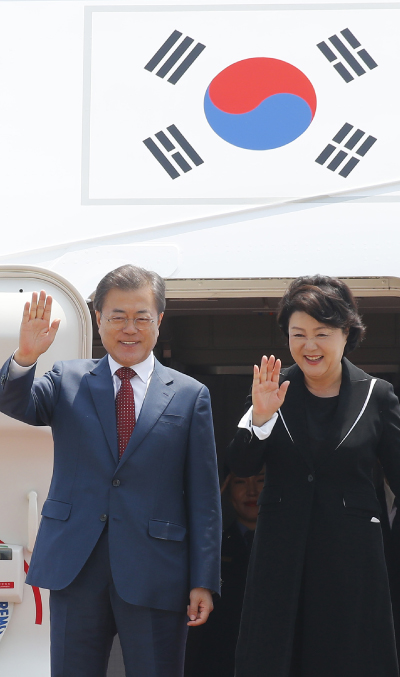 President Moon Jae-in and the first lady, Kim Jung-sook, wave upon their arrival at Seoul Air Base in Seongnam, Gyeonggi, on Sunday afternoon after returning from a three-day state visit to Russia. Moon’s state visit was the first by a South Korean president to Russia since 1999. In a summit meeting with Russian President Vladimir Putin, Moon sought his support in denuclearizing North Korea and bolstering economic ties with South Korea. The two leaders agreed to launch negotiations for a bilateral free trade agreement. Before departing Russia, Moon and the first lady watched a World Cup match between South Korea and Mexico in Rostov-on-Don. The South lost 2-1. [YONHAP]