[JEJU FORUM] Timing is perfect for forum on peace

[JEJU FORUM] Timing is perfect for forum on peace 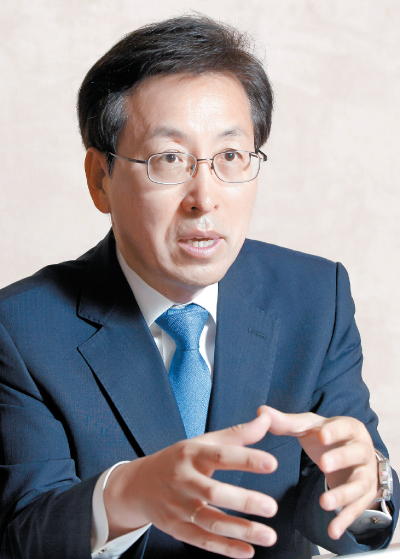 There is no better time to talk about peace on the Korean Peninsula, according to Suh Chung-ha, executive chairman of the Jeju Forum for Peace and Prosperity, which begins just two weeks after the historic U.S.-North Korea summit.

“This year’s forum themed ‘Reengineering Peace of Asia’ cannot be more timely,” Suh said in an interview with the Korea JoongAng Daily on June 5 ahead of the 13th Jeju Forum at the International Convention Center Jeju. “The U.S.-North Korea summit that took place on June 12 was not a one-shot deal but part of a process of dialogue,” Suh continued. “In addition to the denuclearization of North Korea, there will be plethora of topics to discuss in regard to peace in the region at the international forum in Jeju, the largest of its kind in Korea.”

“Paul Krugman, who won the Nobel Prize in economic sciences in 2008, will be speaking about the trade war between the United States and China and its effect on regional diplomacy in Asia,” Suh said. “We will also have Nobel Peace Prize winner and former president of East Timor José Ramos-Horta speak to us about the people of East Timor during its independence movement and his views on how the Korean Peninsula and the Northeast Asia region may reconcile with the past and promote peace into the future.”

“You will notice when you take a look at the sessions prepared, that the forum deals with a variety of topics in regard to peace and prosperity in the region, including economics, businesses, investments, cultural cooperation, historical differences and sustainable development and environmental issues,” Suh said. “So this is really a forum that is flexible enough to deal with various topics from year to year depending on what is a rising issue in the region.”

Suh is the president of the Jeju Peace Institute, which organizes the forum. The following are excerpts from the interview.

Q. What does the theme “Reengineering Peace in Asia” signify?

A. How the theme was decided dates back to the latter half of last year. If you recall, tension on the Korean Peninsula was running high. There is a committee of advisers within the organizing body of the forum, who with regional experts decide on the theme for the forum. Taking into consideration the escalating inter-Korean and regional tensions, the committee decided we need to rethink institutional and structural peace in the region.

In addition to the issue of denuclearization of North Korea, the forum will discuss historical and territorial disputes in the region, not to mention the impact of the global fallout from neoliberal ideals. The forum will also seek to shed light on relations between Korea and Japan through a special discussion highlighting the 20th anniversary of the Korea-Japan Joint Declaration that will be joined by members of the Korean and Japanese parliaments. It will also revisit the Moon Jae-in government’s so-called New Southern Policy, which is South Korean version of a pivot to Southeast Asia.

What is your vision for the forum this year?

That the world will remember it years from now as a historical and international gathering of experts in the region with impeccable timing. My hope is that this year’s forum will heighten the international status of the Jeju Forum and attract more experts and scholars from the region in the future for dynamic discussions on peace and prosperity in Asia.

How do you think the forum has contributed to regional dialogue for peace?

To dwell on the history of the forum briefly, it was first launched in 2001 to commemorate the first anniversary of the first inter-Korean summit in 2000. The forum was held every two years until 2011 and annually from 2012. Former South Korean President Roh Moo-hyun took part in the forum in 2007, a year after the second inter-Korean summit, launching a process to adopt the Jeju Process, modeled after the Helsinki Process, for regional cooperation on peace. So the forum was always part of the regional dialogue for peace in the region, witnessing and discussing some historic summits in the area. And it has always remained a public forum, meaning that anyone can take part.