Breaking the North out of its shell

Breaking the North out of its shell 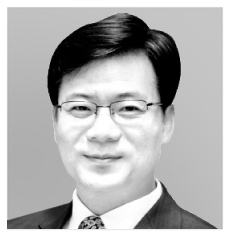 Park Ihn-hwi
*The author is a professor of international politics at Ewha Womans University.

It seems like North-U.S. relations is on a path leading to only one destination. Before a couple months ago, North Korea symbolized the final challenge to U.S. diplomacy. Just like the Nixon administration pushed for a grand détente with China, the Trump administration is now attempting to bring about a small yet solid détente with the North. And it confirmed once again that the greatest accomplishments of U.S. diplomacy since the 20th century were produced by Republican administrations. What more can we do to make this path an irreversible path for peace?

Since the June 12 North-U.S. summit, there were various analyses. Time magazine called the summit the “Riskiest Show on Earth” in its cover story for the June 14 edition. But when we look at the Singapore summit, we have to separate the outcome into the political and the substantial. When considering only the political outcome, the peaceful meeting between the North Korean and U.S. leaders is a shocking accomplishment since the possibility of war existed just a year ago. But it is unfortunate that their agreement is similar to the 2000 North-U.S. joint communiqué with no specific mention of complete, verifiable and irreversible denuclearization of the North.

For the U.S.-China détente, Henry Kissinger, then U.S. state secretary, made a secret trip to China. Just like him, U.S. Secretary of State Mike Pompeo visited North Korea twice. During his meeting with Pompeo, North Korean leader Kim Jong-un reportedly talked about his thoughts and hopes in a candid manner.

Since 2013, the North had played a game that would determine the fate of its regime, speeding up the development of its nuclear arms program to everyone’s surprise. It was the North’s grand strategy to prepare for a great showdown with the United States. After Trump’s victory and Korea’s early presidential election in the aftermath of the removal of President Park Geun-hye, the unexpected developments made the timing for a deal better than ever.

It would be strange to say that there are no obstacles to resolving the 70-year animosity between North Korea and the United States. Just as the balance between the political and the substantial in the Singapore summit is important, it is also important to understand how far we can go in resolving the challenges politically and how many substantial accomplishments would be satisfactory. The balance may be hindered by multiple variables, such as the China factor, a difference in expectations for nuclear dismantlement, the shipping of nuclear weapons and the restoration of a complete verification system. But it won’t be easy for the North and the United States. 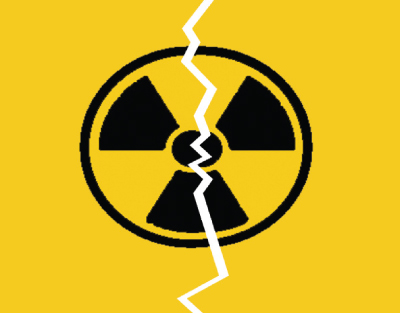 And yet, many South Korean people are still maintaining a conservative perception toward North Korean issues. It is no wonder that they are having doubts. Will the North actually be able to change its way of life that it has had for more than 70 years? Can it actually realize complete denuclearization? Haven’t we made various agreements with North Korea before and failed?

First, the state identity of the North is changing slowly and steadily. More than 500 private markets, albeit primitive, 5 million people with mobile phones and a young leader who studied in Europe are more than enough factors to make a country change.

Third, U.S. President Trump stressed that he resolved the North Korea issue, which no past administration has succeeded in doing, during a press conference after the Singapore summit. Using the lessons learned from policies regarding North Korea from both conservative and liberal administrations in the past, the Moon administration is doing its best to bring peace on the peninsula. North Korean leader Kim Jong-un probably decided that he should secure regime security while the situation is favorable to the North.

There is an old Chinese saying about a mutual pecking out and pecking in. It describes the simultaneous process of a chick pecking an egg from inside to break out of the shell, and a hen pecking from outside to help. Even if the North wants to accomplish a complete denuclearization and opens up the country for reform under global norms, there will be some things it cannot do alone.

Just like a hen pecking from outside, South Korea and the international community must help the North. Our thoughts and efforts are crucial in the process for the path towards peace.