Merchandise from K-pop is popular with Chinese

Merchandise from K-pop is popular with Chinese 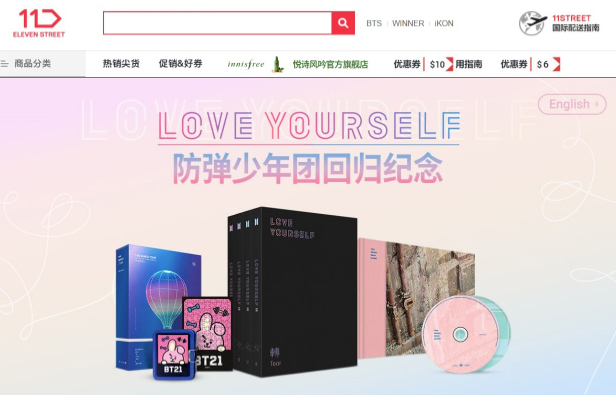 K-pop merchandise is selling well on e-commerce platform 11st’s global website, boosted by fans from the greater China region, which account for 43 percent of the products’ sales.

According to figures for the first five months of the year, 43.2 percent of customers for K-pop merchandise online are from China, Hong Kong, Macau and Taiwan.

“Until last year, cosmetics and beauty products were the majority of items bought by foreign customers on our website,” said a spokeswoman for 11st. “But recently revenue from idol-related products, apart from CDs, has started to account for a significant proportion of our sales.”

The company just started this year to launch promotion and marketing events to sell K-pop merchandise in partnerships with domestic entertainment companies.

Taiwanese customers had a big preference for merchandise featuring Super Junior, SHINee, TVXQ, Blackpink, iKON and GOT7, while Japanese were keen on merchandise related to Eun Ji-won, a member of Korea’s first-generation idol group SechsKies.