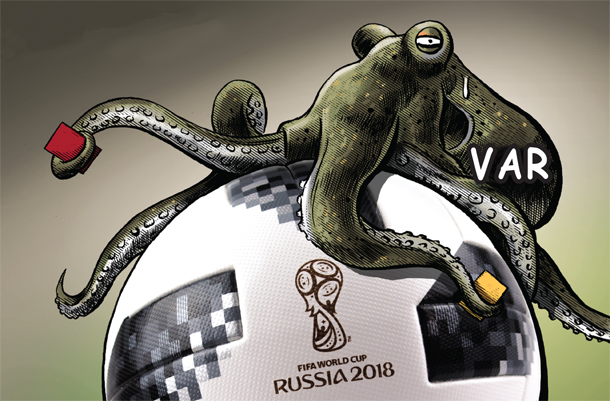 Since video assistant referees (VAR) were introduced for the first time at the Russia World Cup, the technology has played a major role in determining the results of a number of matches. In Korea’s 1-0 loss to Sweden last week, a penalty kick was awarded to Sweden after VAR review of a Korean player’s tackle.