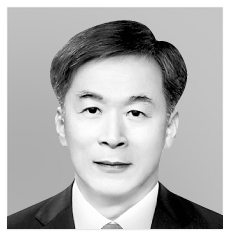 Kim Kyung-soo
*The author, former head of the Busan Prosecutors’ Office, is a lawyer.

Nothing is free. It takes the price of sacrifice, devotion and tears of desperation to protect anything of value. The conservative regime began to decline when it decided that it did not want to protect their own conservative values.

The collapse of the conservative regime can be most vividly felt at the Seoul Detention Center. Prosecutors are investigating the long-accumulated corruption and power abuse of the former administrations, and heavyweights of past administrations are becoming more frequently spotted with their lawyers.

The detention center and the public sentiment revealed in the June 13 local election are tangible outcomes of the demise of the conservative administration.

The downfall was evident from the impeachment of President Park Geun-hye and the establishment of the new administration, both omens in the minds and hearts of those in the conservative administration.

Much of the economic prosperity and political freedom Korea enjoys today are because of the sacrifice and devotion that the champions of conservative industrialization gave.

However, conservative politicians have now fallen because they failed to show decency and care for others, not to mention sacrifice and devotion for the people and the nation.

Now that conservatives have become rich, they forgot the value of sacrifice and devotion. They speak of these principles, but they don’t have the heart of a good Samaritan. They value citizens only in their role as voters and taxpayers and focus on fighting for power.

They have a habit of calculating advantages and disadvantages instead of judging right from wrong. They don’t listen to the voices of struggling people and have gotten used to the comfort of keeping food for themselves.

The seeds of hypocrisy, greed and complacency may have been small, but they bore devastating fruits. And now we see them in the images of attorneys visiting rooms at the Seoul Detention Center.

During the Hundred Years’ War (1337-1453), the French port of Calais was seized by the English, and England offered to spare the people if six people were surrendered to be executed. France did not choose the weak and the poor with money or by force. Instead, six wealthy leaders of Calais volunteered, put the ropes on themselves and marched with their bare feet. Artist Auguste Rodin commemorated this spirit with the sculpture, Les Bourgeois de Calais.

The course of chaos among prosecutors coincides with the collapse of the conservative regime. The prosecutors have lost the trust of the people and have become a target of reform, and the cause for the fall is quite simple. Prosecutors were arrogant and chose the comfortable and wide road instead of the lonely and narrow path. Had they stayed in their positions and been a little more faithful with their roles, they could have spared the catastrophe.

It is too early to talk about any hope for these conservatives. They need to ask for forgiveness regarding the past and contemplate on their values first. If they think they only need the current administration to fail for them to revive, they are not only brazen but also shameless.

Upon the Democratic Party’s landslide victory in the June 13 local elections, President Moon Jae-in said that the ruling party would not be intoxicated with the victory and would work harder and more modestly. It would have been nice if the conservatives had such wisdom to follow.

Sages have taught us to respect lives, protect the weak and forgive each other. Spreading rage, taking sides and jailing wrongdoers is not the right way. The progressives who won the election should also be wary of arrogance and protect the values of devotion and sacrifice. When they have power, they should be in control and have pity for the losers.

The only unchanging truth is that everything changes. What is good now may not be good forever and suffering today does not mean continued struggle.

Conservatives can find their place and fulfill their role by rebuilding the values of sacrifice and devotion for the people and the nation from the beginning.