Volvo launches the XC40, its smallest SUV yet

Volvo launches the XC40, its smallest SUV yet 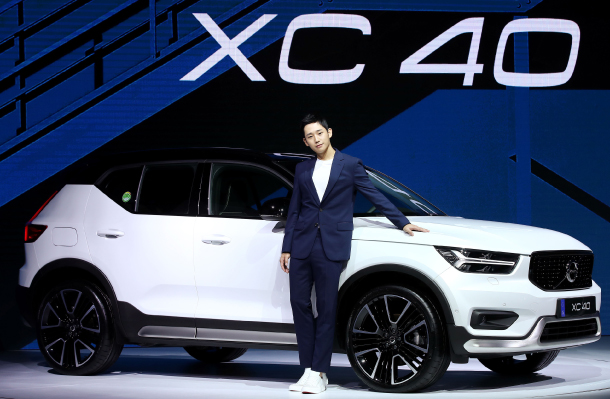 Volvo launched its XC40, the Swedish automaker’s smallest-ever SUV, in Korea on Tuesday.

The XC40 is the first vehicle built on the automaker’s new Compact Modular Architecture platform. The model was named the European Car of the Year at the Geneva International Motor Show in March, six months after it was first revealed.

Volvo is one of the fastest-growing import brands in Korea, and compact SUVs are the “hottest vehicle segment,” according to Lee Yoon-mo, CEO of Volvo Korea, at the XC40’s local launch at the Hotel Shilla in central Seoul.

Volvo sold just 2,000 vehicles in Korea five years ago. This year, Volvo Korea aims to sell 8,000 cars and is about to upgrade this target to 8,500 due to heavy demand, Lee said. Volvo Korea estimates it will sell 1,500 XC40s this year.

The chief executive made it clear that the XC40 will be imported directly from factories in Europe when reporters asked whether it will be made in China, like the Volvo’s S90 sedan. Lee also said that Volvo Korea would launch its Care by Volvo service in Korea two years from now. This subscription service lets customers drive a Volvo vehicle for a designated monthly fee and pay only for fuel.

The XC40 comes in three trims in Korea - Momentum, R-Design and Inscription, all of which offer 2-liter gasoline powertrains - and the prices range between 46.2 million won ($41,316) and 50.8 million won, more than 10 million won less than prices in Sweden.

Shipments of the XC40 will begin in early August, and the carmaker has already accepted nearly 1,000 preorders for the SUV.