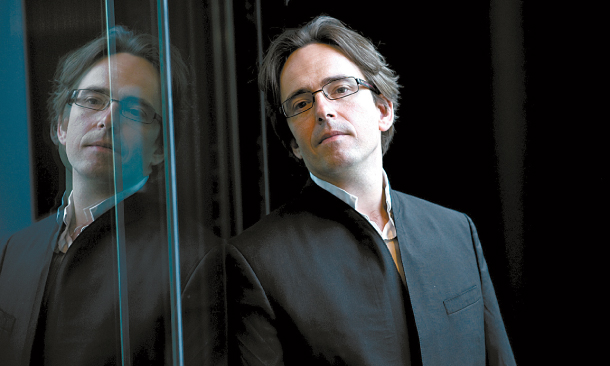 The Korea National Opera is slowly expanding its repertoire and for the first time, it is staging a Viennese operetta titled “Die lustige Witwe,” or “Merry Widow,” by Franz Lehar beginning Thursday at the LG Arts Center in southern Seoul. Although “Merry Widow” is known as one of the most cheerful and comical operettas that is often a staple in many opera companies’ repertoire, its full-length version has never been performed here.

In fact, Korean opera-goers may not even know what the word operetta means. The genre is relatively lighter than most other operas and features a lot of spoken dialogue. For the upcoming production of the “Merry Widow,” which will be performed in German, Austrian maestro Thomas Rosner visited Seoul to ensure that the operetta showcases a true Viennese style throughout. To learn more about the production, the Korea JoongAng Daily recently sat down with Rosner at the Seoul Arts Center in southern Seoul. The following are edited excerpts from the interview.

Q. How would you describe the Viennese style of music?

A. If I have to chose one word, it’s Walzer, which means waltz in English. [The] waltz is really a Viennese invention and became very popular around the world. Well, I guess it existed, but gained ground in the 19th century in Vienna [through] the famous compositions of Johann Strauss II and his father. Operettas, therefore, are unthinkable without [the] waltz.

Lehar’s “Merry Widow” and Strauss’ “Die Fledermaus,” are the most famous operettas ever written, and both pieces are really popular in Vienna and, I really have to say, in the whole world. I have conducted “Merry Widow” in five different countries, and the Seoul production will be my second time in Asia, following Beijing last year. The operetta gained international success, and I think it’s because it’s really well written and the energy of the music is beautiful. I think it’s difficult for somebody to not to fall in love with this charming music and very sensible music. 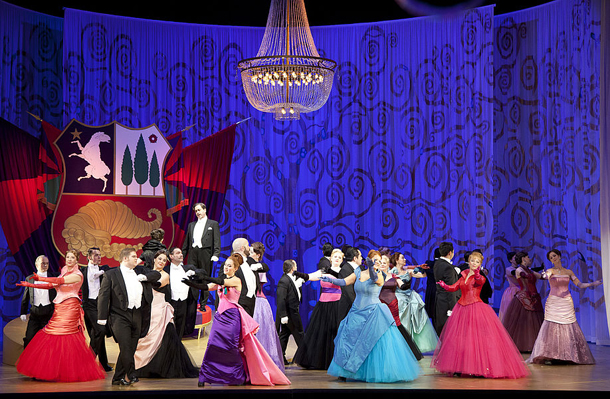 What are the other charms of this piece?

It’s not only about [the] waltz. There are also other dances from this period which are lesser known. Audience members will be able to listen to a lot of music, which is the operetta’s strength. The rhythm of the music has a lot of strengths and positive energy, which can really be felt by the audience. Also as a conductor, my purpose is to make it sound like that. There are two words which are important for me when working on an operetta and they are energy and elegance. In Austria, we have this tradition that we call a ball. People dress up in full tuxedos and long evening dresses to dance [in] all evening. The whole thing is meant to be very elegant, and this is where waltz music comes from.

I also think the libretto is very accessible. You don’t have to know anything about Austria in 1905.

Koreans are not familiar with operettas. Can you explain what makes an operetta?

What really makes opera and operetta different is that an operetta is never tragic. You won’t see five dead bodies in an operetta. Moreover, there’s always spoken dialogue in operettas, which means that there is [more acting] than in operas. So basically, in operettas, there are a couple of characters whose role is not singing but only acting. We’ll have two of these characters that will be performed not by singers but by German actors for the upcoming “Merry Widow” as well. These actors also have to have the flexibility to change the lines during the performance. These actors also interact with the audience by asking questions like, “Did you see that?” You’ll never see that in an opera.


Korea National Opera’s production of Franz Lehar’s operetta “Merry Widow,” performed in German, will kick off its four-performance run tomorrow at the LG Arts Center in southern Seoul. It will start at 7:30 p.m. on Thursday and Friday and at 3 p.m. on Saturday and Sunday. Tickets range from 20,000 to 120,000 won ($18 to $108).