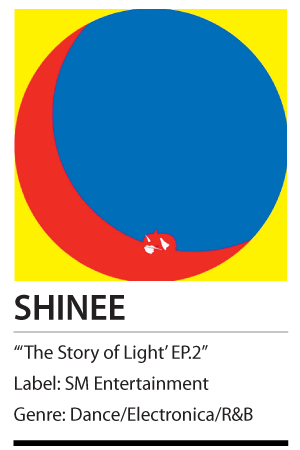 SHINee’s back with a part of their sixth album “The Story of Light,” which is composed of three EPs, each holding five new songs. The EP is not only the group’s first project since the death of group member Jonghyun in December 2017, but it also marks SHINee’s 10th anniversary.

The EP is filled with trendy EDM sounds that will fit in well with any summer playlist. The first track on the new EP is “I Want You,” a tropical house tune with a strong base and an addictive hook that reminds listeners of a vacation at the beach. “The track gives off a refreshing feeling, and the song fits well with the [summer] season,” explained the group’s youngest member Taemin.

Along with “I Want You,” the EP has four other tracks - the islandy “Chemistry,” the futuristic “Electric,” the colorful “Drive” and the rhythmic “Who Waits For Love.”

Ever since the EP’s release on June 11, it has hit No. 1 on the iTunes album chart in 26 different countries, proving SHINee’s reach of music around the world.