July 7-8: The trio of vocalist Kim Yuna, guitarist Lee Sun-kyu and bassist Kim Jin-man will be performing a diverse range of songs including their previous hits, tracks from their new album and a cover song performed by Kim and Lee on JTBC’s cover performance show “Begin Again 2” at their concert series next month. 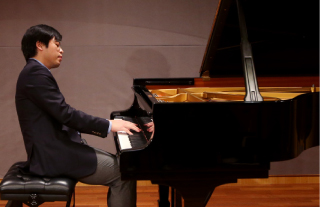 Sept. 9: Renowned pianist Kim Sun-wook, the winner of the prestigious Leeds International Piano Competition in 2006, will be returning to the Seoul Arts Center for the first time in two years. This is his final recital of his nationwide tour, which began last August. The program consists of four pieces, Mozart’s “Piano Sonata No. 9 in D Major,” Beethoven’s “Piano Sonata No. 17 in D minor,” Debussy’s “Suite Bergemasque,” and Brahms’ “Variations and Fugue on a Theme by Handel.”

June 28 to July 1: Based on Franz Lehar’s 1950 production in Vienna, this operetta centers on how the people of a small, fictional country, Pontevedra, prevent a rich widow, Hanna Glawari, from marrying a foreigner. Fearing that her marriage would directly lead to the collapse of their economy, the citizens try their best to keep her money within the country.

Also known as “Merry Widow,” this operetta has enjoyed international success and continues to be staged worldwide. Directed by Guy Joosten and conducted by musical director Thomas Rosner, this operetta will be performed by the Korea National Opera.

There are no shows on Mondays. The show starts at 8 p.m. on weekdays; 2 p.m. and 6 p.m. on weekends and national holidays.

Aug. 3 to Nov. 21: Based on London’s 1973 hit musical of the name same, “The Rocky Horror Show” revolves around a happily engaged couple, Janet Weiss and Brad Majors, getting caught in a thunderstorm and eventually staying at the castle of mad scientist Dr. Furter for shelter.

To Aug. 5: As the second longest running American musical on Broadway, “Chicago” is returning to theaters with its lively vibes and flamboyant moves. Singer Ivy is once again playing the role of Roxie Hart. 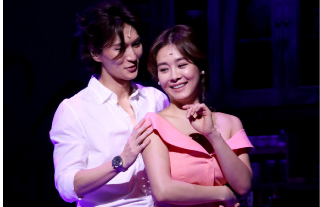 In the role of Francesca, the leading female character, musical actors Kim Sun-young and Cha Ji-yeon will alternate, while actor Park Eun-tae and singer Kangta, a former member of popular boy group H.O.T., will alternate to play Robert Kincaid.

July 3-8: This six-day festival centers on the theme of looking back on one’s own problems.

There will be several programs at this year’s festival including reading divinations, fortune telling, writing down wishes and ancestral meditations.

To July 22: Set in 19th century Joseon dynasty, this humorous musical revolves on the relationship between Dalsu and Hotae, who is a jeongisu, or a person who makes a living by receiving compensation for reading stories.

Traditional Korean music will be interfused with contemporary music and jangdan (one of the Korean traditional rhythms).

The musical starts at 8 p.m. from Tuesdays to Saturdays and 3 p.m. on Sundays. There are no performances on Mondays.