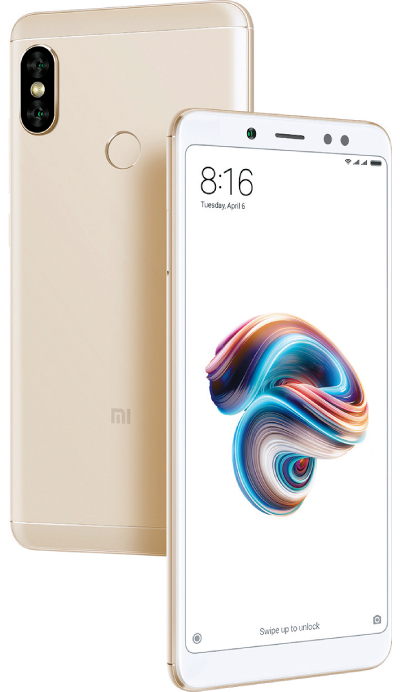 Xiaomi is set to join the few foreign smartphone brands in Korea.

All three mobile carriers confirmed Tuesday that they plan to sell the Chinese manufacturer’s latest 6-inch phablet Redmi Note 5, otherwise known as Hongmi Note 5, starting in mid-July. The phones will be sold online.

This will be the first release of a Xiaomi smartphone through mobile operators, and sales will be led by Xiaomi’s Korean partner G-mobi Korea. That company launched Xiaomi’s Mi A1 smartphone - with a price tag of just 299,000 won ($268) - last December but on a different system: Customers had to buy the phone first and then choose a wireless service operator. In that method, called the “self-supply system,” customers don’t have to subscribe to a mobile plan for a designated period. Most mobile phones are retailed through mobile carriers in Korea.

A spokeswoman at G-mobi Korea said the company will begin sales of the Redmi Note 5 next month but refused to go into details.

“We are planning to retail a Xiaomi smartphone model for the sake of widening product choices for customers,” said an SK Telecom spokesman.

Launched earlier this year, the Redmi Note 5 has a 6-inch full HD display, dual cameras, fingerprint recognition and a powerful 4,000 mAh battery. It retails for around 300,000 won. When subsidies or discounts on a two-year plan are applied, the price will drop further.

Xiaomi has a sizable fan base in Korea for price-competitive products including external smartphone batteries, robot vacuum cleaners and bathroom scales.

Koreans have even given the brand the nickname, “mistake of mainland China,” a backhanded compliment meaning that the quality is unusually good for something out of China.

The company is a formidable player in the smartphone market. Its smartphones now have a market share of 27 percent globally, ranking fourth after Samsung, Apple and Huawei. But it remains to be seen how Xiaomi will perform on the home turf of Samsung.

Korean mobile carriers barely retail foreign-made smartphones, with Apple being an exception, due to their low popularity.

As of the first quarter, Samsung had 65.3 percent of the Korean market, followed by Apple at 16.7 percent and LG Electronics at 12.2 percent, according to market researcher Strategy Analytics.

That leaves only 5.8 percent for other producers, which is why Korea is called the “grave of foreign phones.” Producers such as Blackberry, Sony and Huawei have shown below-par sales records in the past several years.

Huawei, China’s top player, first entered the Korean smartphone market in December 2016 with the P9 and P9 Plus models, which were exclusively sold by LG U+, the smallest of the three telecoms. But their reception has been tepid.

“We released no additional model from Huawei after the P9 series,” said an LG U+ spokesman. “We will see what happens with Xiaomi.”

But Huawei clearly has Korea in its sights.

Also in July, it will start selling its P20 lite, a mid-range model popular in Europe, not through mobile operators but through other retail channels such as online or offline stores.

Another Chinese player Foxconn is aiming at the market too. SK Telecom on Tuesday exclusively released the Android One version of the 6-inch Sharp Aquos S3 online for 399,300 won.