American honored for 41 years of translations

American honored for 41 years of translations 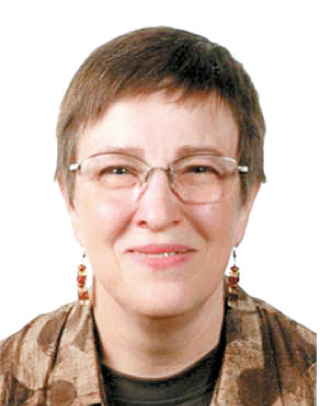 The Ministry of Culture, Sports and Tourism is honoring a 78-year old American woman for decades of translating Korean government documents into English.

Elizabeth G. Kraft, who worked for the Korean Culture and Information Service for 41 years, was awarded the Moran medal for her decades of work.

Kraft joined the agency in January 1977 when it was known as the Foreign Public Information Office. She spent a total of 41 years and 6 months making a wide variety of documents from the Korean government available to an English-speaking audience. She retires Saturday.

Documents translated under her supervision include the current Korean constitution promulgated in October 29, 1987, speeches by Korean presidents at events such as UN General Assemblies, inter-Korean summit statements, letters sent by Korean presidents to foreign dignitaries and heads of state, presidential addresses to the public and policy briefs from the office of the president and other government agencies.

At a time when there were few fluent English speakers among Koreans, Kraft provided essential expertise to the task of English translation and also provided a foreigner’s perspective.

“Korean speeches often contain more emotional rather than technical vocabulary, which often makes it difficult for foreigners to understand,” Kraft said, according to a press release by the Korean Culture and Information Service. “I often had to advise translators to use language more approachable to foreigners.”

Kraft married Lee Ha-u, secretary general of the 1988 Seoul Olympics Organizing Committee, in 1969 and the couple has two children. She gained Korean citizenship on February 4, 1981.

Her passion and fierce sense of responsibility has been admired by many in her field, and she expressed regret over having to retire after a long and productive career serving under ten presidents. “I was content to be able to continue editing and supervising English translations even through multiple changes in presidential administrations,” she said.

She witnessed many periods of tumult and recalls a time when she had to stay overnight at the office because of curfews imposed by the government. She says the most poignant moment in her career was when foreigners were shown her translations of materials relating to a live broadcast of reunions of relatives who had been separated in South Korea during the 1950-53 Korean War. The Korean Broadcasting System organized a live event on June 30, 1983, in which people looking for lost relatives went on television. Many families were reunited as a result.

The Moran medal is a second grade honor in the Order of Civil Merit awarded by the President of South Korea for “outstanding meritorious services in the area of politics, economy, society, art or science in the interest of improving citizens’ welfare and promoting national development,” says the Awards and Decorations Act.

Do Jong-hwan, the Minister of Culture, Sports and Tourism, will be awarding Kraft her medal on Friday at a civil servant retirement ceremony.