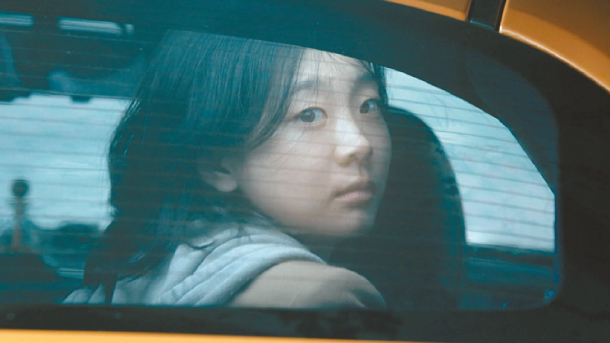 Directed by Park Hoon-jung, this film revolves around a young high school student Ja-yoon (Kim Da-mi) and her struggles to live a normal life. Ten years ago, Ja-yoon lost all of her memories after successfully escaping from a government facility during a mysterious accident.

Despite not knowing her age or name, she was fortunate enough to meet a kind, elderly couple, and she was raised by them.

Ja-yoon grew up to be a bright student. Due to her family’s rough financial situation, she decided to enter an audition program that offers prize money to the winner. However, when the program is aired on TV, Ja-yoon’s life is no longer peaceful anymore. She is soon surrounded by strange characters like Doctor Baek (Jo Min-soo) and Mr. Choi (Park Hee-soon) who constantly roam around her.

While it seems that Dr. Baek and Mr. Choi have been searching for Ja-yoon ever since her disappearance, Ja-yoon is puzzled, as she does not know why these people are after her. One thing is for sure - Ja-yoon’s life will longer be the same.

Women who were forced into sexual slavery by the imperial Japanese army during its colonial rule of Korea (1910-45) are still a sensitive topic for many. Directed by Min Kyu-dong, this film depicts the ongoing struggle of these so-called comfort women.

Based on a true story from the 1992 Gwanbu Trial, one of the legal battles that the comfort women undertook against the Japanese government, this film features plaintiffs and their supporters demanding an official apology and reparations. A total of 23 trials took place over the course of six years, and the legal battle was fierce and long.

Set in the port city of Busan, this film depicts the relationship between Jeong-suk (Kim Hee-ae), who runs a tourist agency, and her housekeeper Jeong-gil (Kim Hae-sook).

Due to an employee’s mistake, Jeong-suk decides to provide a temporary hotline service for comfort women at her office for three months.

But after Jeong-suk starts to sympathize with the comfort women, the service is extended.

Eventually, the court trial ended in a half-victory for the plaintiffs. Although they did not receive the official apology they wanted, the Japanese court ordered the Japanese government to give the three plaintiffs 300,000 yen ($2,728) each. However, this ruling was later overturned by higher courts in Japan. 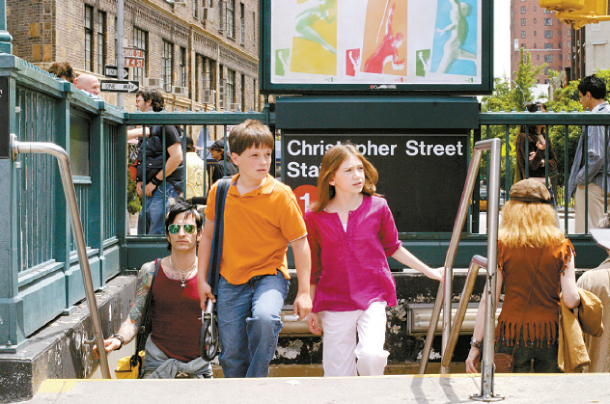 Life for adventurous 10-year-old Gabe (Josh Hutcherson) is pretty rough, as his parents are on the verge of divorce. However, this unhappiness does not last for long as Gabe soon falls in love with a charming, pretty 11-year-old Rosemary (Charlotte Ray Rosenberg), whom he has known since kindergarten, during a self-defense class.

As Rosemary is his first love, Gabe is completely smitten with her and takes her out to Central Park for dates. After a few dates, the two finally hold hands. Everything seems to be going perfectly well.

However, this bliss is only temporary, as Rosemary will soon leave for camp in six weeks and won’t be back until the end of summer. What’s worse is that her parents are planning to enroll her in private school, much to Gabe’s dismay.

This film about first love hit theaters in the United States in 2005. This is its first release in theaters in Korea.

Directed by Mark Levin, this romantic comedy was written by Levin’s wife, Jennifer Flackett, and was filmed mostly on the Upper West Side in Manhattan. 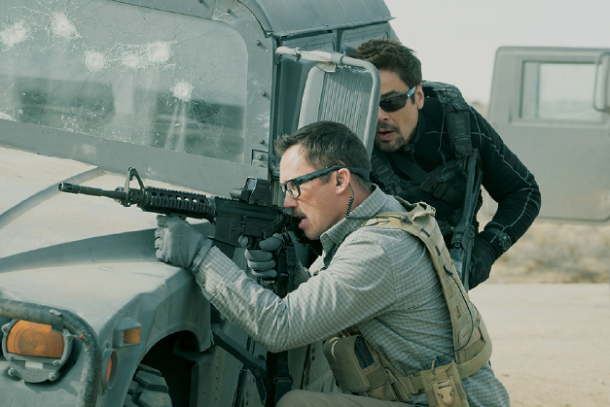 Directed by Stefano Sollima, this American film is a sequel to the 2015 crime thriller “Sicario,” directed by Denis Villeneuve. Revolving around the secret border war between the United States government and Mexican drug cartels, the sequel once again focuses on the collaboration between CIA agent Matt Graver (Josh Brolin) and former undercover operative Alejandro (Benicio Del Toro), whose family was killed by the drug cartel in the original film.

As drug cartels are now being added to the list of terrorist organizations, tensions have rapidly escalated between the two parties. It is important to make sure that the U.S. government is not visibly involved to prevent international conflict. Graver’s plan is to wreak havoc on the drug cartels by inciting a showdown between them.

The mission to make this happen is fairly simple. They need to kidnap Isabel Reyes (Isabela Moner), the spoiled teenage daughter of the Sonoran cartel’s notorious kingpin, Carlos Reyes, and make sure that the Sonoran cartel’s rival, the Matamoros cartel, takes the blame. This will destabilize both cartels and cause them to fight against one another. Fueled by revenge, Alejandro goes through with the plan. 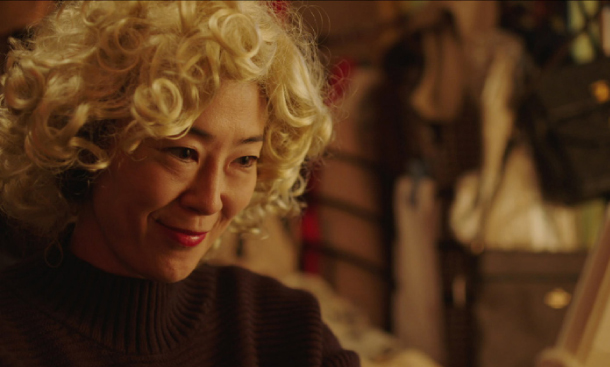 Based on a short film by Atsuko Hirayanagi, this film focuses on how life for the lonely housewife Setsuko Kawashima (Shinobu Terajima) changes after discovering her alter ego, Lucy, while taking an English class.

The film opens with Setsuko living a rather boring and dreary life, as she works full-time. Although she is busy with work, she is persuaded by her niece Mika Ogawa (Shioli Kutsuna) to take an English course that Ogawa herself was trying to get out of.

On the first day of class, Setsuko meets her friendly instructor, John (Josh Harnett), who immediately places wigs on his students and gives them English names. Setsuko, who wears a yellow wig, becomes Lucy. Although she was initially overwhelmed by the English-only environment, she enjoys the class and being around John.

When John suddenly disappears, Setsuko sets out on a quest to find him, eventually leading her to southern California.

This film won the Forward Future Award for Best New Director at the 2018 Beijing International Film Festival and the NHK Award, which recognizes and supports visionary filmmakers, at the 2016 Sundance Film Festival. 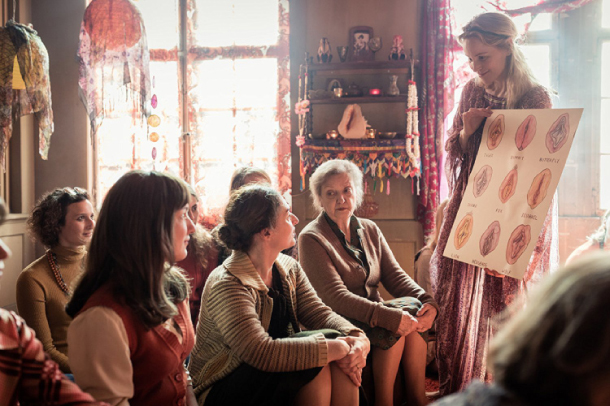 Set in a rural Swiss village in 1971, this film shows how a young housewife Nora (Marie Leuenberger) challenges the status quo by gathering the women of her town to publicly campaign for women’s right to vote.

The film opens by introducing Nora and her family, which consists of her two sons and her husband Hans (Maximilian Simonischek). At first, Nora seems to be an obedient housewife. While she goes on a trip to Zurich with her niece Hanna (Ella Rumpf), Nora comes across the idea of feminism after receiving pamphlets on the voting referendum for women on the streets of the city.

While her husband is away for military training, Nora reads feminist literature and becomes intrigued by the subject. What started out as an argument with an anti-feminist resident of her town attracts the attention of an elderly woman, Vroni (Sibylle Brunner), who was the only woman in town to support suffrage in 1959.

Directed by Petra Biondina Volpe, this film centers on the theme of feminism and sovereignty and portrays the laborious process that women had to go through to fight for suffrage.