EXID set to debut in Japan in August

EXID set to debut in Japan in August 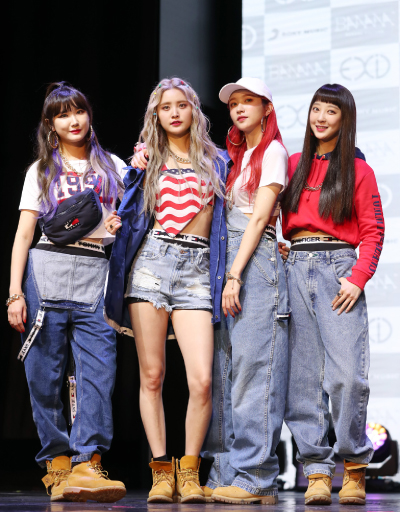 The five-member group will release a Japanese version of their 2015 hit single “Up & Down” on Aug. 22 and perform in Tokyo on Aug. 23 and Osaka on Aug 25, Banana Culture Entertainment said.

On Wednesday, the group held a news conference and media showcase in Tokyo to promote their upcoming album release in Japan.

After debuting in 2012 with the single “Whoz That Girl,” EXID rose to stardom with “Up & Down” in 2015. That was followed by commercial successes like “Ah Yeah” and “Hot Pink” that same year.

Most recently, the group released a bouncy new dance single, “Lady,” in April that harkens back to the new jack swing of the 1990s.