Dancing in the Korean rain

Dancing in the Korean rain

SAMY RASHAD
*The author is an Egyptian and former cast member of the JTBC’s Non-Summit. 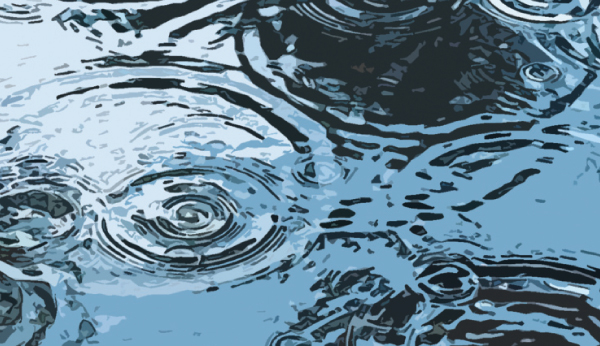 The monsoon season, or jangma, is here. It brings heavy rain for a week or two from late June until July, and it is a great period for the environment, plants getting sufficient water and rivers flushed out with new water. However, not many Koreans seem to welcome jangma.

As an Egyptian who learned about Korea while learning the Korean language at a university in Egypt, it was not so easy to understand rain-related expressions like monsoon rain, shower and drizzle, to name a few. Born in Egypt and having never been out of the country before coming to Korea, I could not imagine a shower — a sudden downpour of rain. As most of Egypt is located in the Saharan desert, the summers are hot and dry. But it does rain in Egypt, too.

As an Egyptian, I found many differences between how Koreans and Egyptians perceive rain. Egyptians say that when it rains in Korea, the streets become cleaner while in Egypt they get messier. Korean streets are well-paved and the sewer system developed, so the water drains out quickly. But in Egypt, unpaved streets get muddy and slippery, and shoes get dirty easily. Everyone has a separate pair of shoes to wear in the rain during the winter. Most people wear old shoes on rainy days. I remember wearing a new pair in rain when I was young, and my mother was not happy about it.

In Islamic culture, one has to be clean before praying. This requires washing with water. When washing, we can use water from the sea, river, a well or rain water, so it was hardly a bad thing to get wet in the rain. But people have started increasingly feeling that it was cleaner to avoid water, and some even fear getting wet in the rain.

Koreans know that air pollution and fine dust are serious and thus avoid getting caught in the rain. It is very sad for me. Egypt does not get much precipitation, and I always found countries with large amounts of rainfall romantic. Someday, I hope to have a date or play soccer in the rain. Most of all, I hope the environment will get cleaner and that all living things will be free from pollution.