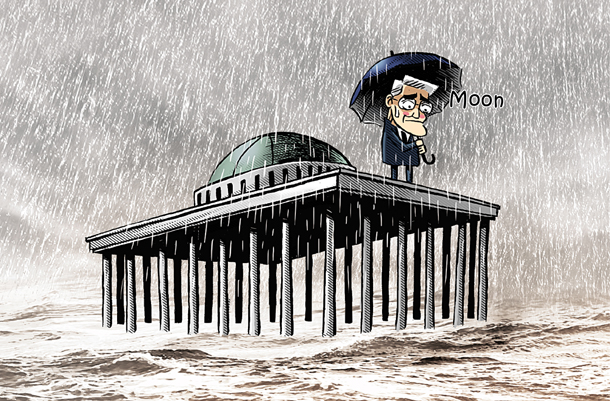 As the monsoon season kicks in, President Moon Jae-in’s worries are deepening as the leadership of the ruling Democratic Party does not yet have their counterparts representing the Liberty Korea Party (LKP) in the National Assembly after the opposition’s crushing defeat in the June 13 local elections. The LKP is still engrossed in factional fights to take the helm of the embattled party.