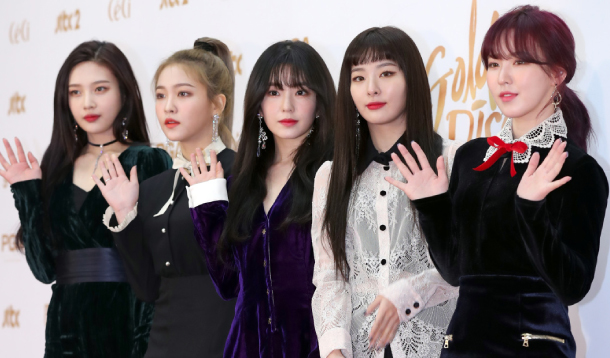 Girl group Red Velvet will hold a solo concert series titled “Redmare” on August 4 and 5, according to their agency SM Entertainment on Monday.

The upcoming concert marks the group’s first solo concert in a year, and they have “prepared various performances with a sweet and thrilling concept that is perfect for the season,” said the agency.

Red Velvet was also invited to perform their hit songs in Pyongyang in April alongside other renowned artists including Jung-in, Baek Ji-young and Cho Yong-pil.

The group will release their first Japanese debut EP “#Cookie Jar” on Wednesday, and go on a Japanese tour titled “Red Velvet Hall Tour in Japan Red Room.” They will perform in Sapporo, Nagoya, Hiroshima, Fukuoka, Osaka and Yokohama.

Tickets for their concerts will go on sale on Thursday.