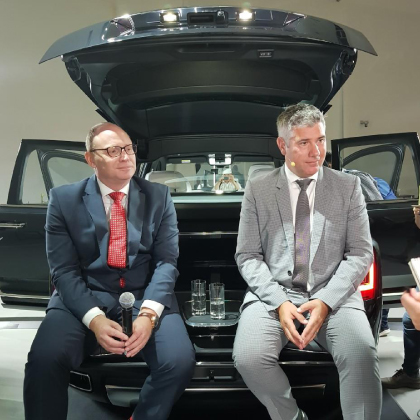 The company is not targeting consumers interested in mass-market luxury SUVs, but is instead hoping that the absolute wealthiest consumers choose Rolls-Royce, according to Paul Harris, the automaker’s Asia Pacific director.

These are consumers who are also in the market for personal helicopters or luxury yachts, Harris said at the Cullinan’s Korean launch event at Dongdaemun Design Plaza in central Seoul.

The vehicle, Rolls-Royce’s first SUV in its 112-year history, will sell for 469 million won ($418,934). That’s almost as much as a jeonse (long-term rental deposit) on an apartment in the affluent Gangnam areas of southern Seoul. 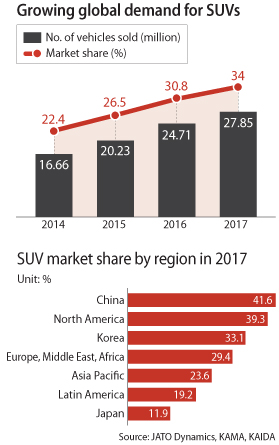 “We may be entering the heavily populated SUV segment, but we are doing it without compromising our values and with no intention of becoming a mass luxury volume manufacturer,” Harris said. “We are introducing a new benchmark - the Rolls-Royce of SUVs.”

The SUV was named after the largest flawless diamond ever discovered, the 3,106-carat Cullinan. The diamond’s two largest pieces are part of the Crown Jewels of the United Kingdom.

While Rolls-Royce vehicles are known mostly for their backseat experience, the SUV is also aimed at those who want to get in the driver’s seat.

Jon Shears, the product manager for the Cullinan, said the SUV was designed so that gravel and other debris won’t scratch or dent the vehicle when traveling off-road. 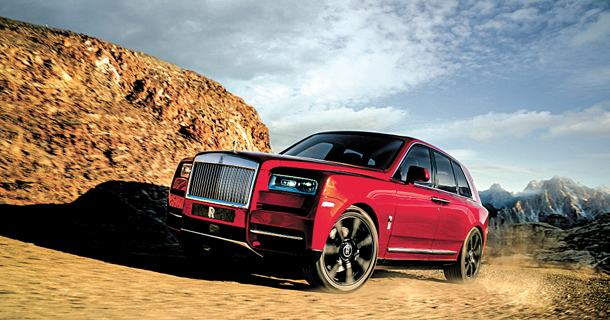 With a push of a button, the back of the front seat turns into a table or turns into a display that passengers can watch entertainment on.

Many SUVS have foldable backseats that enlarge the trunk space so larger items like bicycles and snowboards can be stored.

The Cullinan, however, features optional back seats that fit into the trunk and a table to place drinks or snacks. Rolls-Royce is joining other luxury vehicle brands in aggressively expanding into the SUV market.

The Korean release date for the new Lamborghini has yet to be confirmed.

SUVs are a growing segment in Korea, despite toughening environmental regulations due to concerns over fine dust.

This is faster than the 2 percent growth in the overall automobile market last year. SUV’s share of the global automotive market has also increased to 34 percent from 30.8 percent in 2016.

While SUV sales in Korea didn’t rise as sharply as other Asian markets that saw double-digit increases last year, Korea is still considered an important market for SUV manufacturers. Last year, SUV accounted for 41.6 percent of the Chinese vehicle market, and Korea wasn’t too far behind, as they had 33.1 percent of the local market.

According to the Korea Automobile Importers and Distributors Association, the foreign manufacturers’ share of the local SUV market dropped from 30 percent last year to 27 percent.

Yet sales of premium SUVs such as Land Rover’s Range Rover and Mercedes-Benz’s G-Class SUV grew.

“The market will get more competitive in the second half, with import brands already scheduling releases of new models targeted at young rich consumers,” said an imported car dealer.

Mercedes-Benz plans to launch a new G-Class SUV in October, while its rival BMW is introducing new X2, X4 and X5 models to its SUV lineup.

“Other than China, Korea [among Asian countries] is a growth market,” said Harris.