‘The Witch’ ends the reign of ‘Accidental Detective’

‘The Witch’ ends the reign of ‘Accidental Detective’ 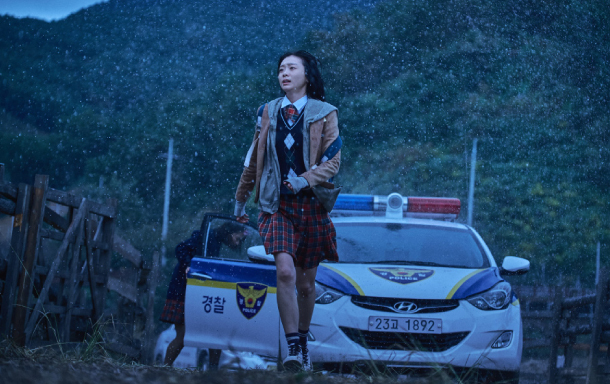 Mystery action film “The Witch: Part 1. The Subversion” debuted at number one in its first weekend, pushing out crime comedy “The Accidental Detective 2: In Action,” which held the top spot for the past two weekends. [WARNER BROS. KOREA]

Local moviegoers looking to cool off and keep dry during the early days of the rainy season headed to theaters in droves and sent mystery action flick “The Witch: Part 1. The Subversion” to the top of the box office in its debut weekend.

Directed by Park Hoon-jung of the award-winning crime flick “New World” (2013), “The Witch” sold 735,000 tickets at 1,117 screens from Friday to Sunday, accounting for 40.5 percent of the entire weekend’s ticket sales.

Starring Jo Min-su, Park Hee-soon, Choi Woo-shik and rookie actor Kim Da-mi, the film tells the story of a bright and kindhearted high school girl (Kim) who lost her memory when she broke out of a government facility ten years ago. Ever since, she has been raised by an old couple. But the girl regains her memory while being chased one day by a group of mysterious people with supernatural powers.

Warner Bros. Korea’s fifth local production has sold close to a million tickets since its release on Wednesday.

Based on real-life events, the film centers on the so-called comfort women, a euphemistic term for victims of Japan’s wartime sexual slavery during the World War II. The movie depicts the fierce legal battle these women embarked on against the Japanese government over the course of six years in the 1990s to demand an official apology and reparations.

Since Wednesday, the Next Entertainment World release has sold 1.01 million tickets.

Two other new releases - crime action flick “Sicario: Day of the Soldado” and animated feature “Happy Little Submarine: MagicBox of Time” - arrived at the sixth and seventh spots in their first weekend.