The provincial government of Jeju Island, a popular vacation destination for foreign and local residents, took down its English website on Monday after the Korea JoongAng Daily inquired about the site’s technical and grammatical errors.

The cause of the errors, according to an official from the provincial government, was the switch to an automatic translation program. The Chinese and Japanese versions of the site use the same software.

The shortcut has led to serious flaws in the website. The translated version of Gov. Won Hee-ryong’s inaugural address, which was posted on Monday, contains broken sentences.

Other parts of the website contain similarly broken phrases.

“We switched to the current system with a real-time translation service three years ago to better meet the demands of foreign tourists,” said an official in the government’s ICT fusion team, which manages the foreign-language versions of the website. 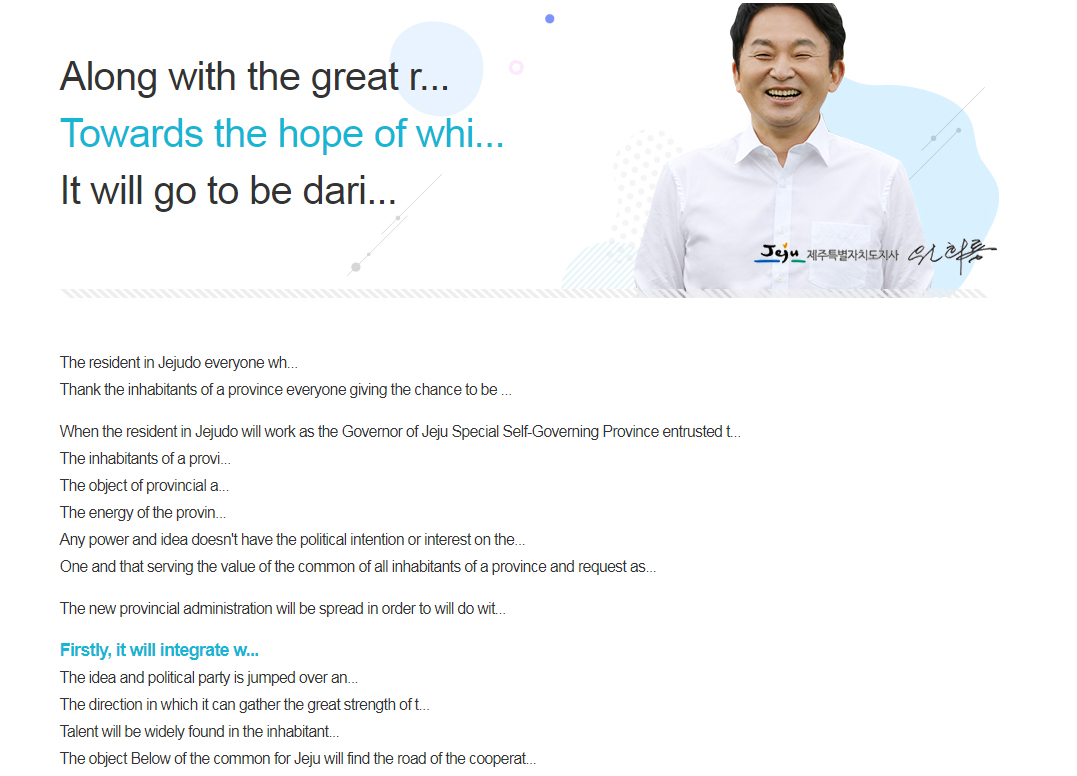 Asked if the government was aware of the mistranslation problems, the official said they knew of some issues and said there was a proofreading team at the translation software company to fix any errors.

“They go over translated content on a daily basis,” the official said. But the official did not know who was on the proofreading team or if there were any native English speakers in the team.

Another official who asked not to be named said the office would review the site and make necessary recommendations to Governor Won to fix the issues if needed.

“It appears that we need professionals to translate the official site,” the official said. “We will look into what the governor could do to improve the system.”

The official also said the Jeju government would look into how the other 16 major metropolitan and provincial governments in Korea are running their English sites.

“If we are the only one using the real-time translation software, that is a serious problem,” the official said.

Based on an analysis of the 17 local government websites, Jeju’s is the only one that uses real-time translation software.