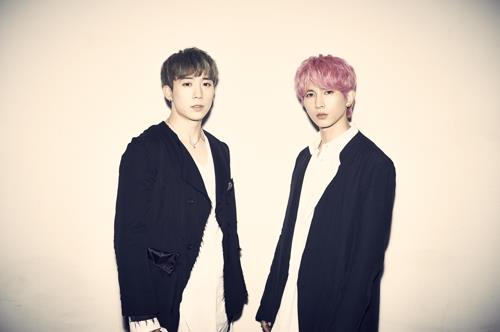 A sub-unit composed of two members of K-pop boy band U-Kiss will released their first two singles in Japan on Wednesday, their management agency said.

The duo - Kiseop, right, and Hoon - released the singles “Train” and “Milk Tea” in Japan, according to NH EMG.

“The two members of the same age, both skilled songwriters, composers and producers, came together as a unit through their musical interchange,” their agency said.

Also on Wednesday, U-Kiss leader Soohyun, who is currently serving in the military, will release a DVD featuring his live Christmas concert in Japan. A separate DVD featuring Hoon’s live solo performance will also go on sale the same day.

U-Kiss, meanwhile, is scheduled to go on a concert tour in Japan in August, performing in Tokyo, Osaka and Nagoya.