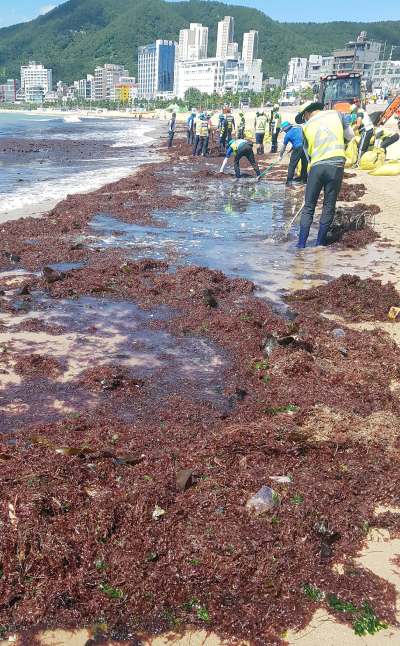 Sanitation workers clean up Songjeong Beach in Busan on Wednesday after Typhoon Prapiroon deposited seaweed on the shore. According to the Ministry of the Interior and Safety, the typhoon killed three people, injured three and forced 63 to evacuate. It caused less damage than expected, though, after it swerved east of its estimated trajectory and left Korean waters on Wednesday. [YONHAP]