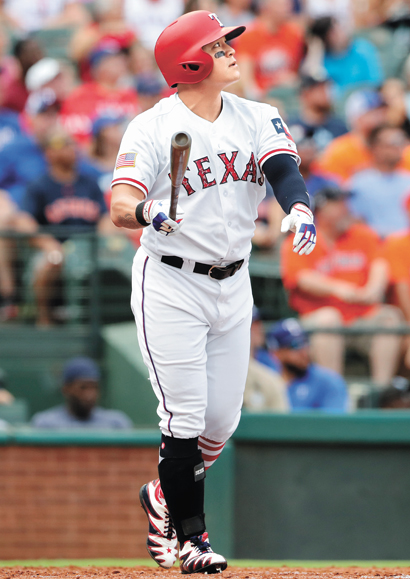 Choo Shin-soo of the Texas Rangers continues to set records in the major league, extending his on-base streak to 44 games during a game against the Houston Astros at Globe Life Park in Arlington on Wednesday.

Despite Choo’s home run, the Rangers lost 4-5 to the Astros in extra innings.

The 44-game record is the longest on-base streak in the major league this season and the longest by an Asian-born player in league history, exceeding Ichiro Suzuki of Seattle Mariners’ record of 43 games set in 2009. [AP/YONHAP]