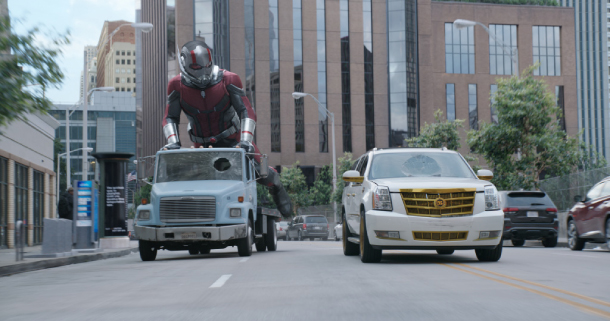 The follow-up to the 2015 film “Ant-Man” has the hero teaming up with a new partner - Wasp, played by Evangeline Lilly. Also known as Hope van Dyne, the new Wasp is the daughter of Dr. Hank Pym (Michael Douglas) and Janet van Dyne (Michelle Pfeiffer), who each worked for the special espionage agency, S.h.i.e.l.d., as the first Ant-Man and Wasp.

Two years after the Civil War ends, Scott Lang (Paul Rudd) is eager to be a good father to his daughter, but is having difficulty balancing his roles as a father and Ant-Man. Presented with a new mission by Hope and Dr. Hank Pym, Ant-Man must fight alongside Wasp to uncover secrets from their past.

Along their journey, they encounter a dimension-shifting villain, Ghost (Hannah John-Kamen), who is able to turn herself and any object she touches invisible. Ghost has traditionally been a man in the comics, but is a female character in the movie.

The place that someone calls hometown usually holds a special place in their heart. But this isn’t the case for Hak-su (Park Jung-min), an unknown rapper from Byeonsan, in North Jeolla.

For the past six years, Hak-su (Park Jung-min) has been auditioning to be part of the competition program, “Show Me the Money,” in Seoul, but has never made the cut.

Although he is never fully able to get rid of his local accent, Hak-su pretends to be from Seoul. Working part-time jobs at convenience stores and valet parking, Hak-su struggles to find time to make his dreams a reality.

But when Hak-su receives a phone call one day saying his father has collapsed, the rapper immediately returns to his hometown.

While reuniting with old friends, Hak-su recalls memories that he desperately wants to forget, and wants to leave his hometown as soon as possible.

Directed by Lee Joon-ik, this film captures the struggles of youth and how young people learn to overcome their difficulties. 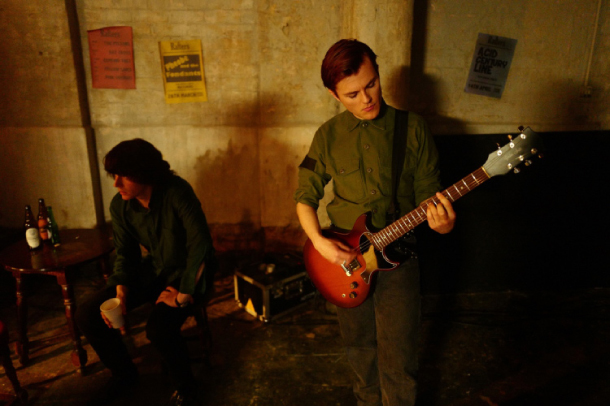 Set in Manchester, England, this biographical drama tells the story of the early years of Steven Patrick Morrissey (Jack Lowden), the lead singer of the rock band The Smiths.

Before becoming successful with his band, Steven wanted desperately to run away from his life as a tax accountant.

Eventually he writes songs with guitarist Billy Duffy (Adam Lawrence) and eventually they get the chance to perform on stage together.

Directed by Mark Gill, the title of this drama comes from a lyric in Smith’s song “Still Ill:” “England is mine, and it owes me a living.” 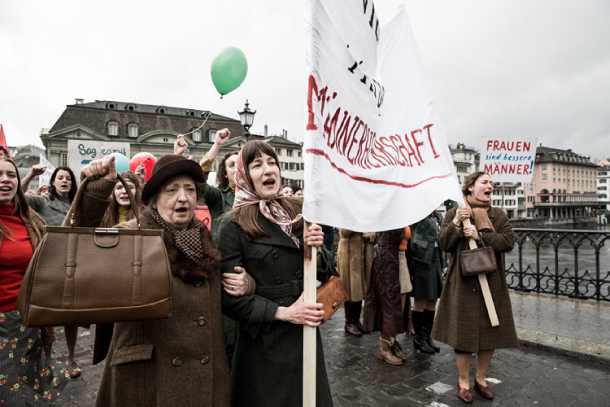 In a rural Swiss village in 1971, a young housewife named Nora (Marie Leuenberger) challenges the status quo by organizing the women of her town to publicly campaign for their right to vote.

Nora lives with her family, which is made up of her two sons and her husband Hans (Maximilian Simonischek).

At first, Nora appears to be an obedient housewife. While on a trip to Zurich with her niece Hanna (Ella Rumpf), Nora learns about feminism from pamphlets about a voting referendum that women on the streets of the city are passing out.

While her husband is away, Nora reads feminist literature and is intrigued by the subject.

An argument with an anti-feminist resident of her town attracts the attention of an elderly woman, Vroni (Sibylle Brunner), who was the only woman in town to support suffrage in 1959. Soon, the idea of suffrage and feminism spreads rapidly through the town, eventually attracting more supporters.

Directed by Petra Biondina Volpe, this film portrays the struggle women had to go through in their fight for suffrage. 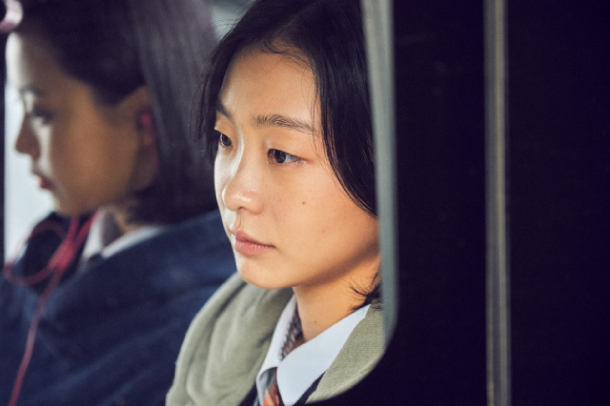 Directed by Park Hoon-jung, this film revolves around a young high school student Ja-yoon (Kim Da-mi) and her struggles to live a normal life. Ten years ago, Ja-yoon lost her memory after escaping from a government facility following a mysterious accident.

Despite not knowing her own name or age, Ja-yoon was fortunate enough to meet a kind, elderly couple, who took her in.

Ja-yoon grew up to be a bright student. Due to her family’s rough financial situation, she enters an audition program offering prize money to the winner. But after the show airs on TV, Ja-yoon’s life is no longer peaceful. She is soon surrounded by strange characters like Doctor Baek (Jo Min-soo) and Mr. Choi (Park Hee-soon) who are constantly around her.

While it seems Dr. Baek and Mr. Choi have been searching for Ja-yoon ever since her disappearance, Ja-yoon is puzzled about why these people are after her. One thing is for sure - Ja-yoon’s life will longer be the same. 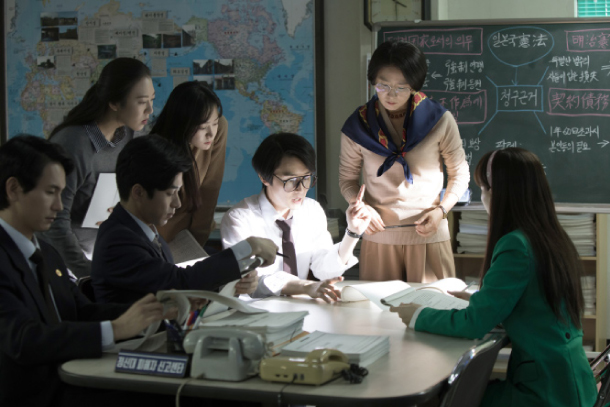 Women who were forced into sexual slavery by the imperial Japanese army during its colonial rule of Korea (1910-45) are still a sensitive topic. Directed by Min Kyu-dong, this film depicts the ongoing struggle of these so-called comfort women.

Based on a true story from the 1992 Gwanbu Trial, one of the legal battles comfort women undertook against the Japanese government, this film features plaintiffs and their supporters demanding an official apology and reparations. A total of 23 trials took place in a fierce six year legal battle.

Set in the port city of Busan, this film depicts the relationship between Jeong-suk (Kim Hee-ae), who runs a tourist agency, and her housekeeper Jeong-gil (Kim Hae-sook).

Due to an employee’s mistake, Jeong-suk decides to provide a temporary hotline service for comfort women at her office for three months.

But after Jeong-suk starts to sympathize with the women, the service is extended.

Eventually, the court trial ended in a half-victory for the plaintiffs. Although they did not receive the apology they wanted, the Japanese court ordered the government to give the three plaintiffs 300,000 yen ($2,711) each. However, this ruling was later overturned by higher courts in Japan.

Life for adventurous 10-year-old Gabe (Josh Hutcherson) is pretty rough, as his parents are on the verge of divorce. But this unhappiness does not last long as Gabe soon falls in love with charming, pretty 11-year-old Rosemary (Charlotte Ray Rosenberg), whom he has known since kindergarten, during a self-defense class.

As Rosemary is his first love, Gabe is completely smitten with her and takes her out to Central Park for dates. After a few dates, the two finally hold hands. Everything seems to be going perfectly well.

However, Rosemary will leave for camp in six weeks and won’t return until the end of summer. What’s worse is that her parents are planning to enroll her in private school, much to Gabe’s dismay.

Directed by Mark Levin, this romantic comedy was written by Levin’s wife, Jennifer Flackett, and was filmed mostly on the Upper West Side in Manhattan.