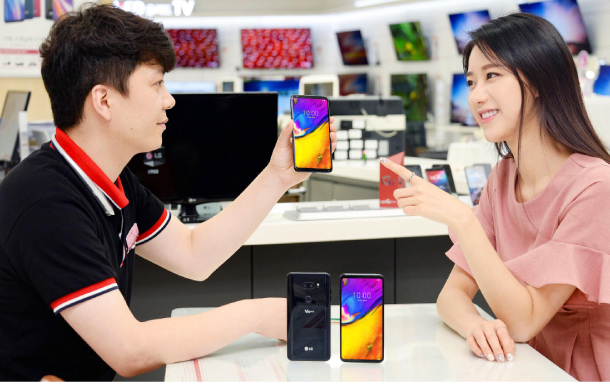 LG Electronics said yesterday it will start sales of the LG V35 ThinQ in Korea this week ahead of the much-anticipated release of the V40 later this year.

The company described the V35 ThinQ as combining the slim design of last year’s LG V30 with the top-notch features of the LG G7 ThinQ, unveiled in May.

The smartphone has an artificial intelligence (AI) camera, which automatically identifies objects and recommends the best resolution, along with a DTX:X 3D sound system. Equipped with a 3,300 mAh battery, LG said the device lives up to its slogan Audio, Battery, Camera, Display.

The smartphone has two 16-megapixel main cameras, one of which has a wide-angle lens, on the back and an 8-megapixel front-facing camera.

“The LG V35 ThinQ is ultra-thin and light and is equipped with AI technologies that can be used in everyday life,” the company said.