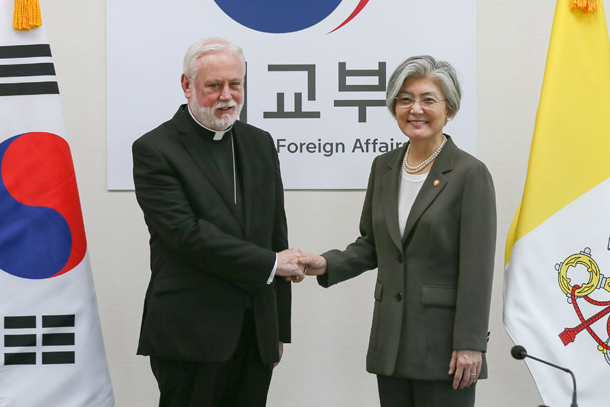 Korean Foreign Minister Kang Kyung-wha, right, shakes hands with Archbishop Paul Richard Gallagher, the Vatican’s secretary for relations with states, at the Ministry of Foreign Affairs in central Seoul Friday. Gallagher arrived in Seoul on Wednesday for a six-day trip as the two sides mark the 55th anniversary of establishing diplomatic ties.