SEO SEUNG-WOOK
*The author is the head of the JoongAng Ilbo Japan.

“My friend said he didn’t want to watch the game anymore and changed the channel. Then he cheered for Senegal in the match against Colombia. I thought that Japan made a choice to increase its chance of advancing to the round of 16, but he didn’t agree. We’ve known each other for over 10 years, but we had a big argument for the first time,” said one idol-turned-actor on the Japanese TV program “Wide Show” on July 1. 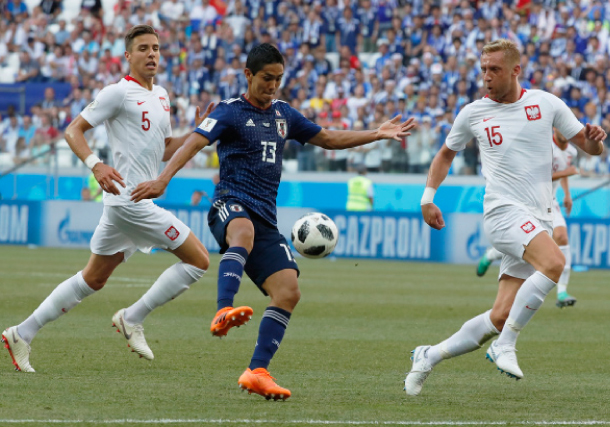 The topic was the Japan-Poland match in the group round of the Russia World Cup, where Japan was criticized for playing “strolling soccer.” Colombia led Senegal one to zero, and Japan was chasing Poland zero to one.

If Senegal scored a goal, Japan could not advance. But the Japanese players leisurely strolled around the field for over 10 minutes at the end of the match. While the spectators booed, Japan successfully advanced to the round of 16 thanks to fair play points, as they received fewer yellow cards than Senegal. It was an irony that it won on fair play points despite their unsportsmanlike playing style at the end of the match.

The actor who said his friend cheered for Senegal instead of Japan may have revealed what he really wanted to say. It must have been hard for him to openly criticize the team’s strategy when Japanese people unconditionally support the national team.

What puzzled me the most was the attitude of the Japanese media. They praised the Japanese team as “Samurais who don’t give up,” as two dramatic tying goals were scored in its match against Senegal.

However, the same media outlets turned a blind eye to the strolling through the match. The conservative and right wing newspapers and also the evening editions of the newspapers that claim to be the “conscience of Japan” also didn’t mention it.

Players made excuses. Midfielder Keisuke Honda said, “The outcome is everything, and our head coach’s direction was great.” Makoto Hasebe said, “The viewers may have been frustrated, but this is what football is.”

A commentator defended the team on television by saying that they had the “courage not to move,” referring to the best selling Japanese book “Courage to be Disliked.” But when the Japanese team was criticized worldwide for “polluting the World Cup,” Japanese media reluctantly criticized it.

I try to see and understand things from a Japanese perspective whenever possible. But this time, I felt dizzy. If someone intentionally lights a fire, all of Japan is ready to dash in one direction without thinking. The media’s role is to sound an alarm, and it failed to.
JoongAng Ilbo, July 6, Page 30