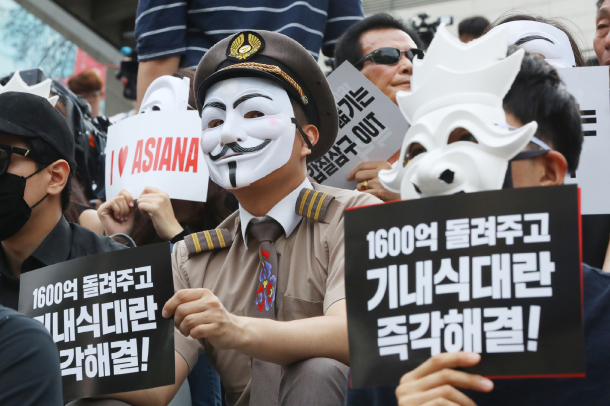 Asiana Airlines employees, including pilots and flight attendants, protest on Friday evening outside the Sejong Center for the Performing Arts in Gwanghwamun, central Seoul, after the recent no-meals fiasco threw the company into turmoil. Many Asiana flights were delayed and lacked food from July 1 to 4 because of an issue with Asiana’s new in-flight caterer. Protesters demanded the meal fiasco be solved immediately and called for the management to be replaced. [YONHAP]