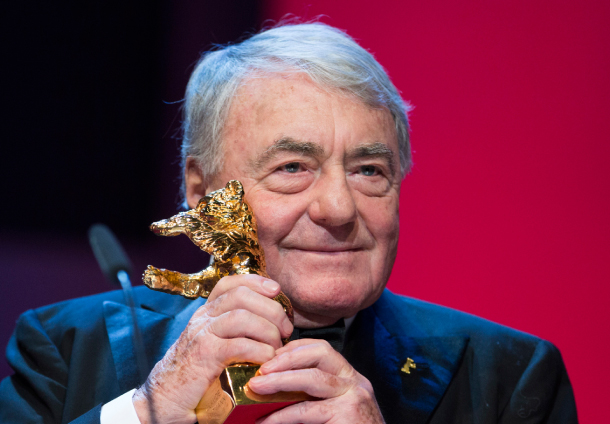 PARIS - French director Claude Lanzmann, whose 9-hour masterpiece “Shoah’’ bore unflinching witness to the Holocaust through the testimonies of Jewish victims, German executioners and Polish bystanders, has died at the age of 92.

Gallimard, the publishing house for Lanzmann’s autobiography, said he died yesterday morning in Paris. It gave no further details.

The power of “Shoah,’’ filmed in the 1970s during Lanzmann’s trips to the barren Polish landscapes where the slaughter of Jews was planned and executed, was in viewing the Holocaust as an event in the present, rather than as history. It contained no archival footage, no musical score - just the landscape, trains and recounted memories.

Lanzmann was 59 when the movie, his second, came out in 1985. It defined the Holocaust for those who saw it, and defined him as a filmmaker.

“I knew that the subject of the film would be death itself. Death rather than survival,’’ Lanzmann wrote in the autobiography. “For 12 years I tried to stare relentlessly into the black sun of the Shoah.’’

“Claude Lanzmann’s cinematic work left an indelible mark on the collective memory, and shaped the consciousness of the Holocaust of viewers around the world, in these and other generations,’’ said Avner Shalev, chairman of Israel’s Yad Vashem Holocaust memorial.

“His departure from us now, along with our recent separation from many Holocaust survivors, marks the end of an era.’’

“Shoah’’ was nearly universally praised. Roger Ebert called it “one of the noblest films ever made’’ and Time Out and The Guardian were among those ranking it the greatest documentary of all time.

His final work, a series of interviews with four Holocaust survivors stitched together into a single 4-hour film, was released in French theaters Wednesday. But even before that, Lanzmann showed his breadth with the 2017 documentary, “Napalm,’’ which narrated his visit to North Korea in the late 1950s, including him recounting his affair with a Red Cross nurse in the country.

Lanzmann was born on Nov. 27, 1925, in Paris, the child of French Jews. After his mother left in 1934 and the war broke out, Claude and his two siblings moved to a farm where their father timed his children as they practiced escaping to a shelter he dug.

Lanzmann ultimately joined the Resistance as a Communist and became intellectually enamored with Jean-Paul Sartre, whose “Anti-Semite and Jew’’ ideas formed the philosophical underpinning of what would later be his life’s work.

Lanzmann joined Sartre’s circle and ended up having an affair with Simone de Beauvoir, Sartre’s companion who was 17 years older than the young acolyte. Lanzmann left for Israel and moved in with Beauvoir when he returned, from 1952 to 1959, according to “The Patagonia Hare,’’ his autobiography. Sartre, Lanzmann’s hero, became a constant in their life together.

Lanzmann sometimes used secret cameras to record testimony, including that of Franz Suchomel, a former guard at Treblinka who pointed like a schoolteacher to a blueprint of the camp to show how bodies were disposed of, describing new gas chambers that could “finish off 3,000 people in two hours.’’ At one point during the interview, Lanzmann promised Suchomel that he would not be recorded.

One of the most harrowing interviews Lanzmann did was also among the briefest in “Shoah’’ - Yitzhak Zuckerman, a leader of the Jewish resistance in Warsaw, who survived Treblinka and saw untold numbers of friends and comrades die. He told Lanzmann bitterly, “if you could lick my heart, it would poison you.’’

At the film’s premier, the French journalist Jean Daniel told Lanzmann: “This justifies a life.’’